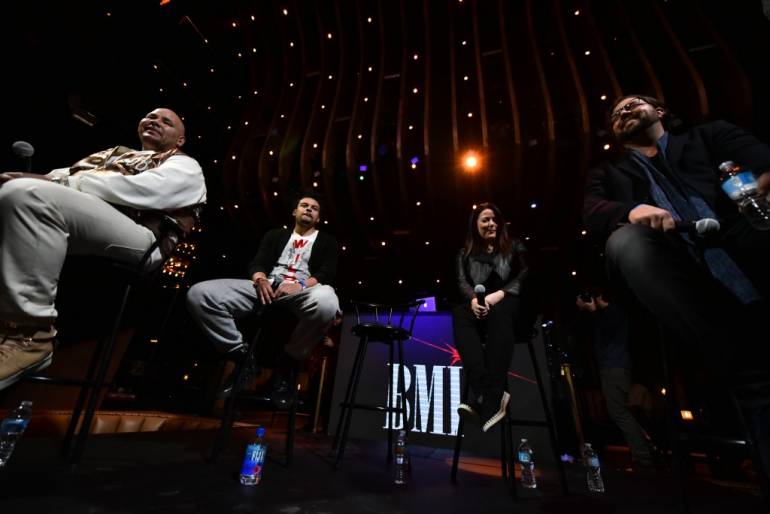 Fans had the chance to listen as the panelists discussed everything from their creative process and biggest inspirations to collaborating with artists and producers of different genres. Alex Da Kid talked about his work with Imagine Dragons on the smash hit “Demons” and X Ambassadors on the catchy single “Renegades,” which peaked in the top ten in ten countries. Lauren Christy discussed her work on Enrique Iglesias’ “Tonight (I’m Lovin’ You)” and Iggy Azalea’s “Team” before treating the audience to a performance of “Complicated,” her hit song with Avril Lavigne. Dallas Davidson also got in on the action with an acoustic version of the number one single “Gimmie That Girl,” written by his songwriting team The Peach Pickers, and recorded by country singer Joe Nichols. Davidson also opened up about collaborating with Blake Shelton on “Boys ‘Round Here” and penning Lady Antebellum’s “Just A Kiss,” which debuted and peaked at number seven on the Billboard Hot 100 chart. Fat Joe kept the crowd entertained with witty insights on working with producer Scott Storch on his smash hit and first number one record “Lean Back” and also spoke about the making of his biggest record to date, “All The Way Up”.