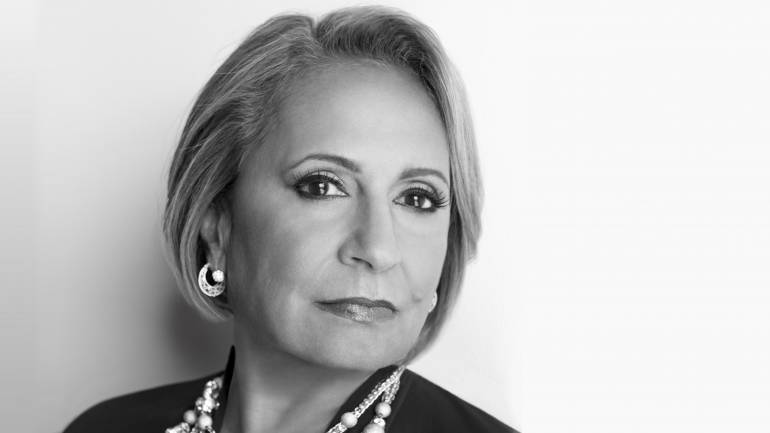 Congratulations to BMI Board member Cathy Hughes, who was honored by Howard University yesterday in a ceremony celebrating the naming of the “Cathy Hughes School of Communications.” Howard University president, Dr. Wayne A. I. Frederick, earlier this month announced a multi-million dollar gift to its School of Communications from Alfred C. Liggins III, President and CEO of Radio One, Inc. This notable contribution was made through the Catherine L. Hughes and Alfred C. Liggins III Foundation and established the School’s naming in honor of Ms. Hughes, Radio One founder and Chairperson, and former Howard University staff member.

“The Howard community is thrilled that Mr. Liggins has chosen to honor his mother, Ms. Cathy Hughes, in this manner for her pioneering work in the field of communications,” said Dr. Frederick. “The gift will have a transformational impact on the School’s commitment to serve the communications industry and as a high-level producer of diverse media specialists.” Ms. Hughes is well known for her accomplishments at the School and University, particularly at WHUR-FM where she created the popular urban music format known as the “Quiet Storm.” She is also the School’s third Time Warner Endowed Chair.

The Catherine L. Hughes and Alfred C. Liggins III Fund at Howard University will assist the School in acquiring technology and equipment to support its academically rich programs, while furthering its role in providing and sustaining a range of educational and leadership alternatives for African Americans within the communications sector.