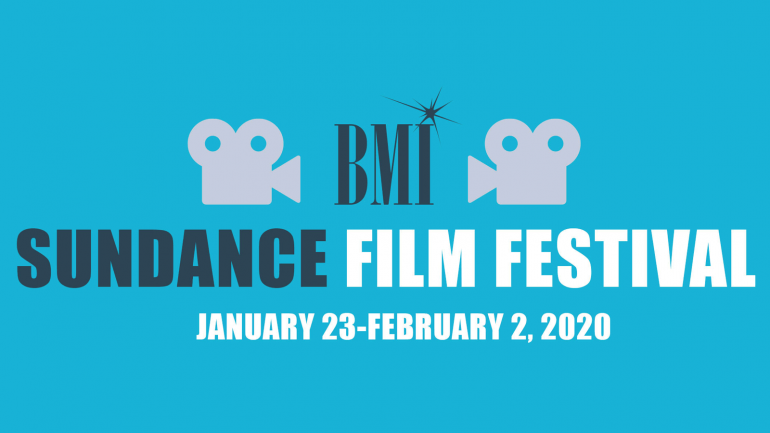 BMI is proud to announce its programming for the 2020 Sundance Film Festival with highlights that include the 22nd edition of the Composer/Director Roundtable “Music & Film: The Creative Process” on Sunday, January 26, at the Kimball Arts Center, followed by the 18th annual BMI Snowball on Tuesday, January 28, at The Shop. Throughout the years, both events have always brought in a full house of attendees that includes a mixture of emerging composers, directors, songwriters, industry tastemakers and music fans.

“BMI’s longstanding partnership with the Sundance Institute Film Music Program reflects our mutual commitment to discovering new talent and nurturing the next generation of composers,” said Ringer-Ross. “This roundtable is one of the many ways we do that by giving our composers a platform to discuss their latest works and the creative process that goes into making music for film. It also offers the audience an insider’s look into the role that music plays in film. The discussion is always a highlight of the festival.”

This year’s BMI Snowball features an inspiring all-female roster of highly talented musicians, headlined by acclaimed GRAMMY-winning singer/songwriter Lisa Loeb, who began her career with the hit song “Stay (I Missed You),” from the original movie soundtrack Reality Bites, which landed at No. 1 on Billboard’s Hot 100. She’s since released 14 studio albums, including five children’s albums and two illustrated children’s books with music, with her 15th album, A Simple Trick to Happiness, set to be released February 7, 2020. Also joining the stellar lineup is California-native songstress Chloé Caroline, who will take the stage with an alt-pop acoustic set followed by Georgia Ku, the illustrious songwriter behind numerous worldwide smash hits including “Scared to Be Lonely” (DJ Martin Garrix and Dua Lipa), “So Close” (Georgia Ku & Captain Cuts), and her debut single “What Do I Do?”.

“Providing songwriters with a platform to showcase their artistry at such an iconic festival underscores BMI’s commitment to nurture and support creators on stage and behind scenes,” said Alex Flores, Senior Vice President, Creative, BMI. “This year’s lineup of artists enriches the musical landscape with songwriters and performers, and we’re excited to have them join us at Sundance.”

For complete details on BMI’s events at Sundance click here.