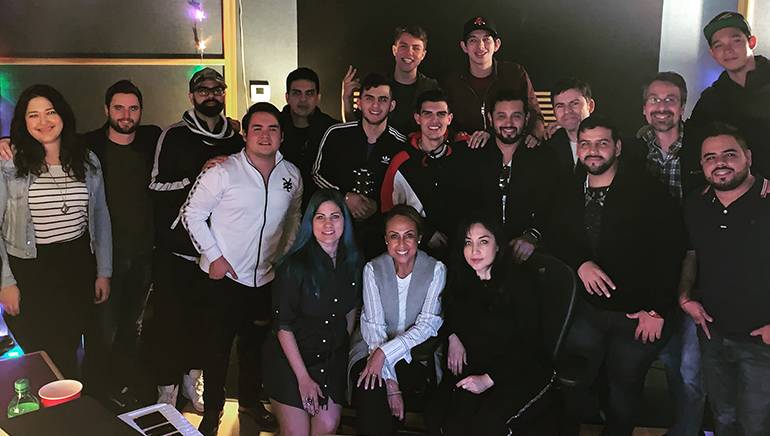 BMI’s Delia Orjuela, Krystina DeLuna, and Mary Russe gather with song camp participants during a listening session at the conclusion of the two-day song camp.