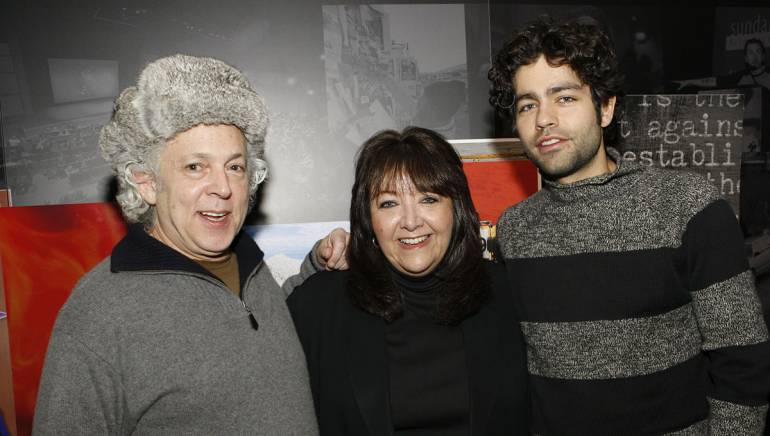 We hit the ground running to screenings. We always try to see as many of the films in the festival scored by BMI composers before our composer/director roundtable happens—on the 27th this year. First up was Adrian Grenier’s (from HBO’s Entourage) documentary Teenage Paparazzo, brilliantly scored by David Torn and music supervised by Janice Ginsberg. The film is about the relationship between Adrian and a precocious 13-year-old paparazzo named Austin….and it is also about desiring and coping with fame and the impact of mass media with respect to this. I totally enjoyed the film and thought the music in it was perfect, but I was admittedly distracted by the fact that Paris Hilton (who is in the film quite a bit) was sitting directly behind me. I couldn’t help but notice which parts she laughed at, etc. Given the subject matter of the film, it was art imitating life, imitating art, etc. I thought about turning around and taking her picture for this blog…but just couldn’t bring myself to be that un-cool.

Next we saw The Company Men, directed by veteran producer John Wells (ER for many years). This was Well’s directorial debut, but his years of industry seasoning were quite apparent. The story explores the powerlessness of losing one’s job, a most timely subject in today’s recessionary economy. Composer Aaron Zigman’s heartfelt score completely elevated the film, along with wonderful performances from Ben Affleck, Chris Cooper, Tommy Lee Jones, Rosemarie DeWitt, etc. Most of the cast was at the premiere, although Affleck didn’t arrive until the Q&A at the end because he had been participating in the telethon for Haiti in LA earlier that evening.