Posted in MusicWorld on January 11, 2008 by Peter Cooper 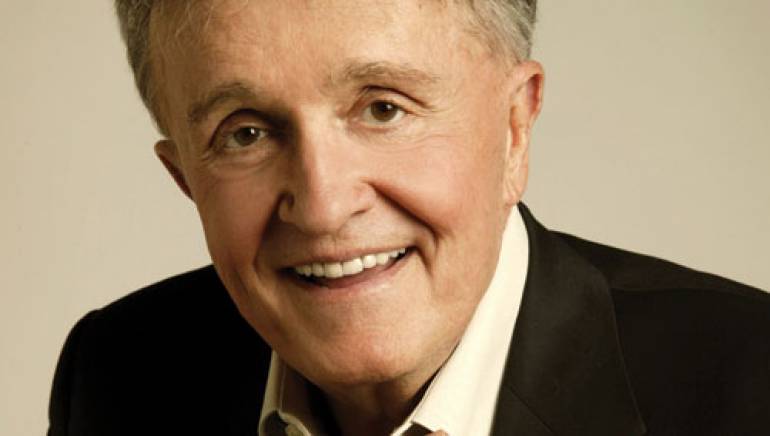 The Bill Anderson math is hard to believe.

He wrote his first hit song 50 years ago. It was a Ray Price hit called “City Lights,” and he wrote it when he was a disc jockey at a Georgia radio station. He had his first Top 10 record as a solo artist 47 years ago and he joined the Grand Ole Opry 46 years ago.

And he had his last big cut … well, what time is it? Anderson continues to be an in-demand songwriter, writing for Kenny Chesney, Brad Paisley and a slew of other new millennium favorites. His co-written “Give It Away” was a rarity: a No. 1 hit that was co-written by a Country Music Hall of Famer (Anderson) and sung by another Hall of Famer (George Strait). And in 2005, his “Whiskey Lullaby” (written with Jon Randall and sung by Paisley and Alison Krauss) won the Country Music Association’s song of the year prize. BMI’s first country Icon is, as retired former Sony/ATV President Donna Hilley once noted, both an elder statesman and a contemporary talent.

“He’s young for his age,” Randall said. “I think he can go on indefinitely. I want to be Bill Anderson when I grow up.”

For the record, Anderson was born on Nov. 1, 1937. Writing top hits at his age is like Sandy Koufax pitching a no-hitter against a modern-day New York Yankees team. Anderson never figured it would work out this way, exactly, though he also never planned on retiring and fading away.

“I just knew that this is what I wanted to do for my life’s work,” he said. “But I do remember telling people I’d stop if it wasn’t working out.”

It worked out, in spades. He wrote “City Lights” when he was 19, entering the hit parade and launching a remarkable career in music. The songwriting success preceded his triumphs as an idiosyncratic solo artist: Though he didn’t have a classically superior voice, Anderson developed a signature vocal style that led folks to call him “Whispering Bill Anderson.” His breathy, intimate singing helped him to score smashes including “Mama Sang A Song,” “Still,” “I Get The Fever” and “Wild Week-End.”

“In the days when I came along, the style was the thing,” he said. “If you weren’t different, you didn’t stand much of a chance.”

Anderson’s career as a top-draw solo artist cooled in the late 1970s, though he remained a popular fixture on the Opry. He quit writing songs in the 1980s, figuring that his writing well was dry and that it was better to concentrate on other things (such as hosting game shows on ABC and The Nashville Network). But Steve Wariner’s version of Anderson’s “The Tips of My Fingers” became a radio hit in 1992, proving that a classic country song could resonate through the decades, and Wariner and Vince Gill kept pushing him to co-write.

“That’s when the writing thing started to bubble again, and that’s when I got happier than I ever had been in my life,” Anderson said.

And so Bill Anderson’s career entered unprecedented territory. Never before had someone been to the top of an industry as a songwriter in one decade, as a performer in another and then re-emerged as a top songwriter again decades later. His works have been sung at the Opry, at county fairs and at Carnegie Hall. And his longevity and versatility helped Anderson become a common denominator in the careers of a seemingly disparate group of artists: Ernest Tubb, James Brown, Loretta Lynn, Trini Lopez, Aretha Franklin, The Louvin Brothers, Elvis Costello, Merle Haggard, Dean Martin and Waylon Jennings have all recorded his songs.

A friend recently sent Anderson a 50th birthday card, which surprised him since he has long passed 50 and it wasn’t his birthday. But the date was August 27, 2007, and it was the 50th anniversary of the day he wrote “City Lights.” Ray Price recorded it the next year, and a small town disc jockey became a professional songwriter. The day Price recorded “City Lights,” Anderson received a congratulatory call from Roger Miller and then another congratulatory call from a publisher. Later that afternoon, he got a call from a second publisher who said, “If you’ll sign with us, I think I can talk Ray Price into cutting ‘City Lights’.”

“In four hours, I got a good lesson into the realities of the music business,” Anderson said.

In those days, Bill Anderson was still learning lessons. These days, he could teach them.