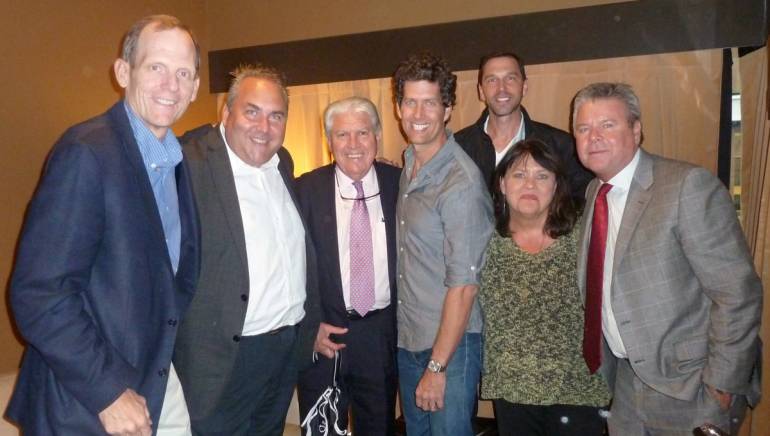 BMI brought in Better Than Ezra lead singer Kevin Griffin recently (9/23/13) to perform an acoustic set in front of the Board of L & L Broadcasting and listeners of the legendary radio station KINK-FM in the state-of-the-art Bing Lounge in Portland, OR. Griffin, performed classic BTE songs such as “Good” and “King of New Orleans,” as well as hits he has written for Sugarland (“Stuck Like Glue”) and Howie Day (“Collide”). His performance coincided with the first board meeting of Live and Local Broadcasting, a new radio group formed by Larry Wilson that either owns or has contracted to purchase more than 35 radio stations.