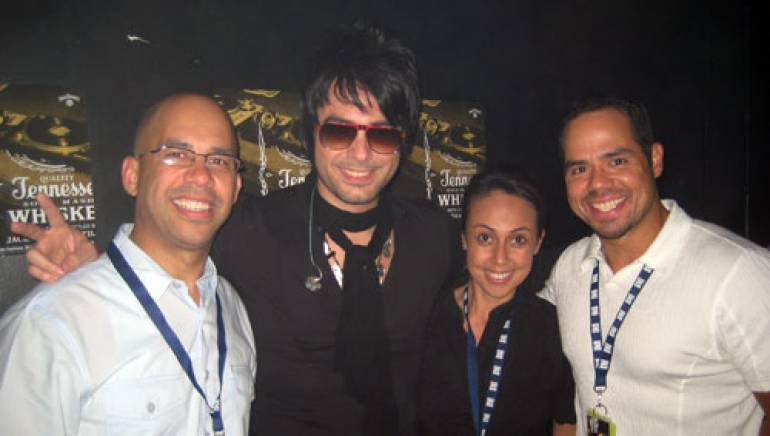 Beto Cuevas, former lead singer of Chilean rock band La Ley, performed at the Jack Daniels Studio No. 7 Concert Series at Studio A, April 4 in Miami during the Billboard Latin Music Conference. BMI’s Delia Orjuela, Porfirio Pina and Joey Mercado stopped by to lend their support to Cuevas, who is preparing to release his solo album.