Austin’s Belleville Outfit introduced their unique blend of gypsy folk and swinging bluegrass to the Nashville music industry Wednesday, June 18 during a showcase at Douglas Corner. The band released their debut album, Wanderin’, earlier this year, and subsequent touring on the strength of the project has created an infectious buzz surrounding the group. 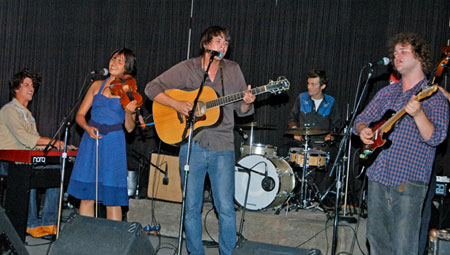 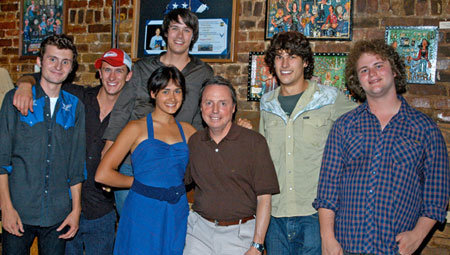 The band pauses for a photo with one of their biggest fans, BMI’s Jody Williams. Pictured are (l to r): the Belleville Outfit’s Jonathan Konya, Jeff Brown, Rob Teter, Connor Forsyth and Marshall Hood, with the band’s Phoebe Hunt and BMI’s Jody Williams in front.