Posted in MusicWorld on March 24, 2010 by Ari Surdoval 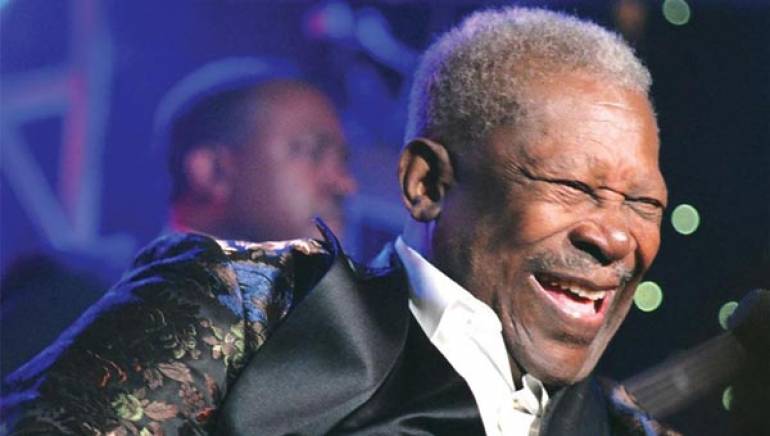 These days, the blues — the deceptively simple poetry that rose from the field hollers of Southern slavery, propelled by African rhythms, carrying life’s most hopelessly human truths in the sparest of rhyme schemes — is everywhere and nowhere. The veritable DNA of popular music, there is no rock & roll — no punk, no funk, no soul, no metal, no hip-hop, no Motown, no Stax, no Elvis, no Beatles, no Stones, no nothing — without it.

But today, to find the blues itself, you have to dig.

Many of the genre’s true, brilliant originators maintain grueling tour schedules, playing hundreds of shows a year in small clubs and theaters, to small audiences who refuse to let the music die. But they seem to exist in another world, locked out of this one by many who appear to have forgotten the music, even as it provides the musical equivalent of the ground they stand on and the air they breathe.

BMI is incredibly proud of a long history of championing and supporting blues musicians. At a time when other organizations wouldn’t represent African-American artists, BMI welcomed them with open arms. As a result, the company sports an unparalleled roster of blues giants. From much missed masters like Muddy Waters and Howlin’ Wolf, to current award-winning blues powerhouses like the great Lurrie Bell and Joe Louis Walker, BMI has always recognized the importance of the blues, not as a footnote to modern music, but as a resilient and evolving art that manages to preserve its best traditions as it moves forward.

But that doesn’t necessarily make it easy for the blues artists out there, no matter how big.

“Being a blues musician is like being black twice,” laughs BMI legend B.B. King. A blisteringly melodic guitar player and staggeringly powerful singer, few other performers have so unequivocally presided over an art form the way King has the blues. With such blues staples as “Every Day I Have the Blues,” “The Thrill is Gone,” “Rock Me,” “How Blue Can You Get” and “Sweet Sixteen,” to name just a few, he forged a sound and style that influenced everything in his wake. There is not a good guitarist alive who hasn’t spent some time struggling to copy King’s fluid, singing single-note vibrato.

“If you’re gonna be a blues singer and you’re black, they’re already gonna dislike you for being black in the first place,” King chuckles ruefully. “And if you’re singing blues that makes you black again, because most people don’t care too much about blues either. And I’m not exaggerating — that’s really the way it is. I’ve been around 84 years; I know what I am talking about.” 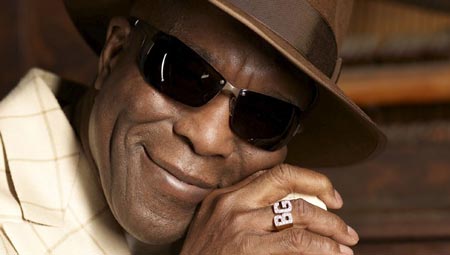 The incredible Buddy Guy also knows what he is talking about.

Guy is without doubt one of the greatest guitarists of all time, a master of the instrument, with a raw, dynamic attack that draws on King’s style and marries it to the aggression and showmanship that used to keep Jimi Hendrix spellbound in the front row of Guy’s performances like a school kid.

Guy laughs at the difference now from the blues scene he found himself in when he hopped a train from Lettsworth, Louisiana to Chicago in 1957.

“When I first came here, this city was going 24/7. They had so many blues clubs, we all played a different one every night. And when you saw a white face it was a cop,” he laughs. “The first time I saw Michael Bloomfield come in to hear the blues, I said to Muddy and Junior Wells and the other guys onstage, ‘Look out now, hide your bottle of wine, that’s a cop over there. He’s gonna come take it’.”

Bloomfield, the young Jewish blues guitar virtuoso who played on Bob Dylan’s Highway 61 Revisited, was followed by young Chicago blues fans like Paul Butterfield and Charlie Musselwhite. Soon after, English artists like the Rolling Stones and Eric Clapton came searching for the artists who had inspired them to play in the first place. By then, though, the audience for the blues was already dwindling, as rock & roll, soul and Motown took over the airwaves. Clubs were closing, and gigs became harder to find.

“Even Muddy Waters was only making six or eight dollars a night,” Guy says. “Those English guys helped us a lot. And they were cool. Everyone was saying, ‘Oh it’s the British Invasion’ and they would say, ‘This ain’t no invasion, you’ve had this stuff the whole time.’ The first time I met Eric Clapton, I had heard that song ‘Strange Brew’ by Cream. I told him, ‘I like those licks you play on that song.’ He said, ‘You should like them, they’re yours!’ ”

As Clapton and others exposed international audiences to the blues with unabashed respect and passion, it reached a wider, younger audience. Especially at places like Bill Graham’s Fillmore West, where blues greats like King were put on bills with rising rock acts, there seemed to be a powerful and moving convergence of music and culture. Eventually, though, the wider audience began to more closely associate the music with the young English groups of the late ’60s.

“I’m not jealous of them,” King says. “I’m glad there are people like U2 and the Rolling Stones. When they let me open their shows, it made me proud and happy. But there are so many others who didn’t get that break and I don’t think it is right.”

Today, the blues is like the force of gravity in modern music. It holds everything in place and the farther popular music drifts away from it, the more it risks floating off into nothingness. Teeming just below the vast glittery cover of pop culture, blues is as strong as ever. In addition to Bell and Walker, other BMI artists like Magic Slim, Super Chikan, Ronnie Earl and the Broadcasters, not to mention an impressive array of women like Ruthie Foster, Shemekia Copeland and Saffire, are not just keeping the blues alive, they’re keeping it vital. And they are doing it every night, in small clubs for little money. The blues is out there, alive and well. You just have to look for it a little.

“Blues took me to place I never dreamed of going,” Guy says. “So I don’t have nothing to complain about. I have a lot friends left here.”