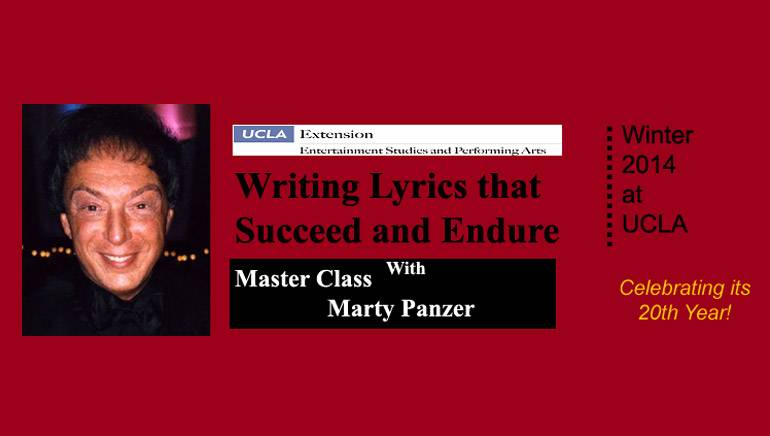 Broadcast Music, Inc. is a proud supporter of the Hal Gaba Songwriting Scholarship, presented by Concord Music Group and esteemed composer and songwriter Marty Panzer. The annual award is presented to individuals who would like to pursue the art and craft of lyric writing. Recipients are selected by Panzer, a UCLA Extension Instructor, on the basis of a submitted cover letter and original lyrics. Four winners will enroll in the Winter 2014 Course, “Writing Lyrics That Succeed and Endure: Master Class With Marty Panzer,” for free.

Panzer has built an incredibly successful career as the go-to collaborator of Barry Manilow, who has recorded more than 30 of his songs including “Even Now,” “It’s a Miracle,” “This One’s For You,” and “All the Time.” In addition to also composing more than 100 songs for the Walt Disney Company and co-writing the Kenny Rogers classic, “Through the Years,” Panzer has written songs for Julio Iglesias, Michael Crawford and others, resulting in 35 gold and platinum albums, four million-play awards, and record sales in excess of 70 million units.

Click here for more information on how to apply by the deadline of December 16.