Posted in MusicWorld on May 13, 2009 by Kevin Zimmerman 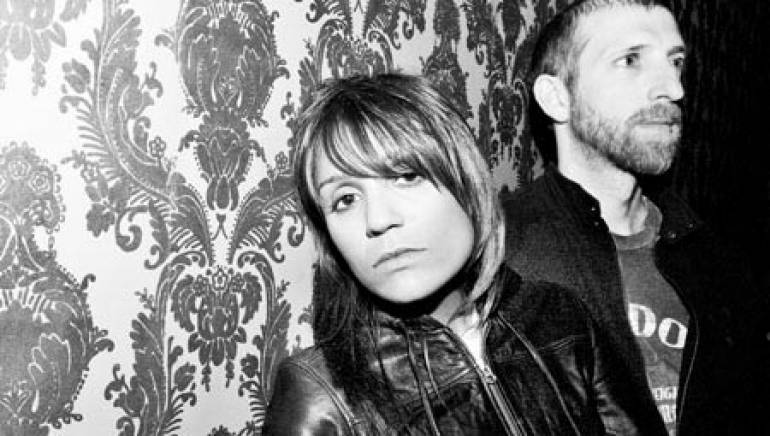 Even with the necessity of wearing many hats in the music business, Amanda Ghost is something of an anomaly. Not only is she a performer and songwriter but, as of February 3, she also is president of Epic Records.

“I’m putting out fires all over the place,” she laughs.

Born Amanda Gosein in London to a Spanish mother and Indian father, her first musical memory is of Elvis Presley. “The face, the haircut, and the voice – especially the vibrato,” she recalls. “I found that I had a similar vibrato, and came to understand that not everyone could do that.”

Despite “always” wanting to be a singer, she bowed to her parents’ wishes and went to college planning on a degree in journalism. However, nights spent clubbing in London often ended up in recording studios; the first time was in the company of Ian Dench, then the guitarist and principal songwriter for pop act EMF.

“I started singing, and he was, like, ‘Whoa!’” she says. “Here was someone who was a pretty big pop star at the time, and he wanted to work with me, so at age 19, we began writing together.”

Regular gigging led to a record deal with Warner Bros., where despite her penchant for distinctive, punchy pop, she soon found herself adrift. “I languished there for four years, learning exactly how a record label shouldn’t be run,” she declares. “Once the team that had signed me moved on, I got lost in the shuffle – but they were too scared to drop me.”

From there she connected with Jay-Z, scoring another hit with “Beautiful Liar,” co-written with performers Beyoncé Knowles and Shakira, Dench, and the production/songwriting team Stargate; “Tattoo” for Jordin Sparks; and three songs on Beyoncé’s latest album, I Am …Sasha Fierce.

A track record like that is hard to ignore, and so it was that she was offered the Epic stewardship. “Too often the creatives are not in charge at the labels,” she says. “My team is passionate about music. We understand that a&r is often rubbish at some labels – they may be made up of music fans, but not music makers.”

Thus Ghost is continuing to write for a number of artists, not all of them Sony affiliates. “I try to keep a strict discipline when it comes to writing,” she says. “I usually end up with two or three a week; I’m writing all the time. As an a&r executive, I have to keep up with it to understand what’s happening in the business.”

New songwriting projects include working with Shakira, reggae/hip-hop act Matisyahu, and British r&b act Alexandra Burke. “I’m definitely not giving up my career as a singer,” Ghost says, “but that’s just not in the fast lane for now.”

Then she’s out the door to attend another recording session. “I’m definitely keeping busy,” she understates with a laugh. “I wouldn’t have it any other way.”