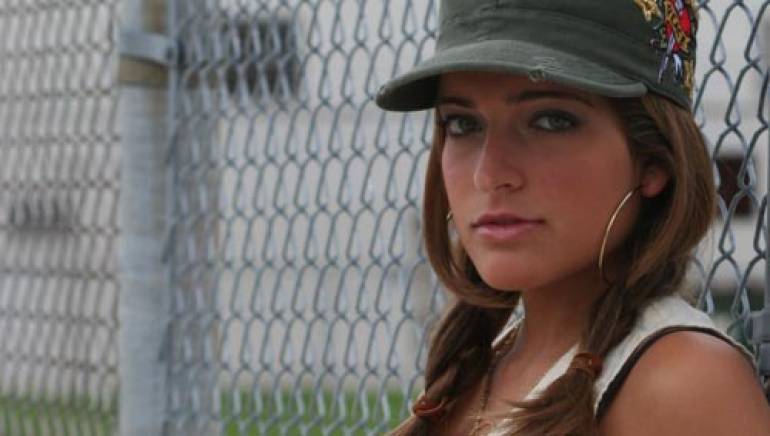 This talented 22-year-old was born in Nashville, Tenn., to a Cuban father and a Mexican mother, drawing all of her experiences of growing up in the United States while keeping strong ties to her heritage. A fusion of pop, rock and r&b-influenced vocals, Alberti’s musical journey should prove to be an inspiration to what the new generation of Spanish-speaking music fans have been waiting for. “When developing this project I wanted to use my musical heritage in a way that would not only appeal to fans in Spanish-speaking countries, but to the younger generations of Latinos who have grown up in the U.S. as well.” Alejandra has a very strong commercial appeal; her fervor and drive for music should prove to be successful.

As a singer/songwriter, Alejandra comes from a family rich with musical talent; her father was a drummer and her mother the lead singer of the band. She admits, “It wasn’t until my senior year of high school when I was trying to get a sense of who I was that I began to notice my passion.” Ironically, Alejandra was given the opportunity to do a creative project of her choice for school. This is when she first went into the studio and recorded several tracks.

After months of voice and performance lessons, Alejandra knew this was what she was destined to do. “Being surrounded by a great team of creative and professional people has taught me the value that hard work, professionalism, perseverance and teamwork has in obtaining a career in the music industry,” says this artist who is currently completing her Bachelor’s degree in Marketing.

The first single release off her debut self-titled album, “Quiero,” was spawned after a close relative experienced deep heartbreak. The only way to express her hurt was to put it down in powerful and heart-wrenching lyrics.

Alejandra Alberti is ready to enthrall listeners with her upbeat, fiery lyrics and tightly layered musicality. “It’s a long road ahead but indeed a beautiful road … music has a way of healing you and your thoughts. My music writing has been a great revelation and a teacher for me on the level of truth, understanding and liberation. I realize that I have only skimmed the surface but living my own truth, in a positive, spiritual, uplifting message, I have realized there is always hope”.