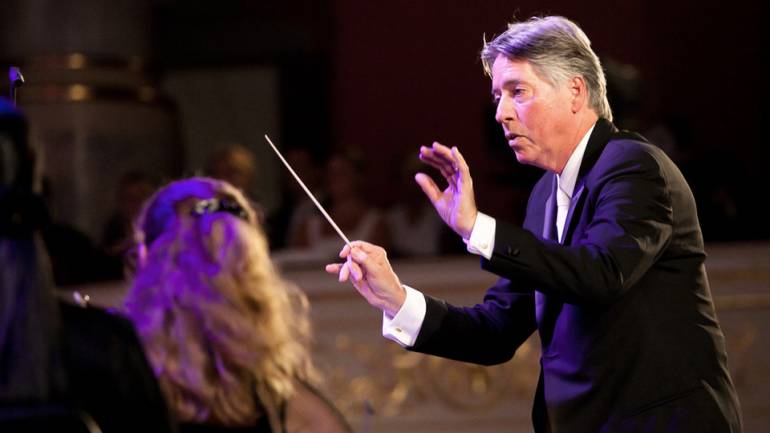 Broadcast Music, Inc. composer Alan Silvestri is responsible for a tall order: the soundtrack to Cosmos, the successor to the 1980 Emmy and Peabody Award-winning original series Cosmos: A Personal Voyage. The new 13-part series, hosted by astrophysicist Neil deGrasse Tyson, will explore how we discovered the laws of nature and found our coordinates in space and time, while finding new ways to reveal the grandeur of the universe, all in keeping with celebrated elements of the original series. The program airs for the first time this Sunday, March 9, volume one of the soundtrack is available now on iTunes and the story of how the intriguing music came to be is told below in BMI’s interview with Alan Silvestri.

Can you tell us about Cosmos, the new science series on Fox/Nat Geo? How does it differ from the original PBS version?

Well, to begin with, the “New” Cosmos aspires in every way to achieve the hopes and dreams of the “Original” Cosmos: to capture the thrill, mystery, and downright excitement of exploring our world; from the ‘“Micro Cosmic” to the “Macro Cosmic.” Of course, the tools at our disposal have continued to gain depth and power over the years and therein lies one of the principle differences between the “Old” and the “New.” Technology grows continuously and has allowed for an ever increasing depth of exploration (both up and down) but when it comes to the “Heart” they are identical. Both the “New” and the “Original” bring to us the significance and meaning of the contribution of scientists through the ages. What was achieved though live action recreations in the original is now achieved in Cosmos 2014 (through the guidance of Seth MacFarlane) with stylized and most beautiful animation. Neal deGrasse Tyson clearly has his own voice, which he most beautifully shares with us, and Ann Druyan continues to capture the spirit of the journey through inventive storytelling.

How did you get involved in the project? Why did it appeal to you?

I have known Seth MacFarlane for a number of years and, if I dare say it, it’s a bit of a mutual admiration society we find ourselves in. In addition to Seth being the nicest guy one could ever hope to meet and know, it is no understatement when you hear him called a “comedic genius.” Fortunately for me, he has always had a sincere love and respect for music and film music in particular. I can say with complete confidence that no matter what the endeavor he would have invited me to join him in, the answer would have unhesitatingly been “YES.” It was Cosmos and the answer was “YES.”

What role does music play in a documentary such as this one?

As in pretty much any cinematic presentation involving music, the role is one of support. Although there is clearly an “educational” aspect to Cosmos, it remains, first and foremost, storytelling with all its emotional possibilities. And what could be a more compelling, emotional story than the story of who we are, how we came to be, and where we are going.

What themes and emotions did you aim to convey through your score for this series? How did you approach capturing the wonder and mystery of outer space and exploration?

The spectacular photography and effects in conjunction with the historical animation sequences provided a very wide range of emotional possibilities. When we see the image of a distant galaxy (one of a billion) we can’t help but feel something. When we see the persecution of a scientist for his or her ideas, ideas that have brought so much to our world, we again can’t help but feel something.

You scored Robert Zemeckis’ Contact, which was based on Carl Sagan’s novel. Did you draw upon that vision at all with this score?

Having now worked on two projects involving Carl’s passionate work, I can attest to a certain “atmosphere” that surrounds them; one constantly feels his presence.