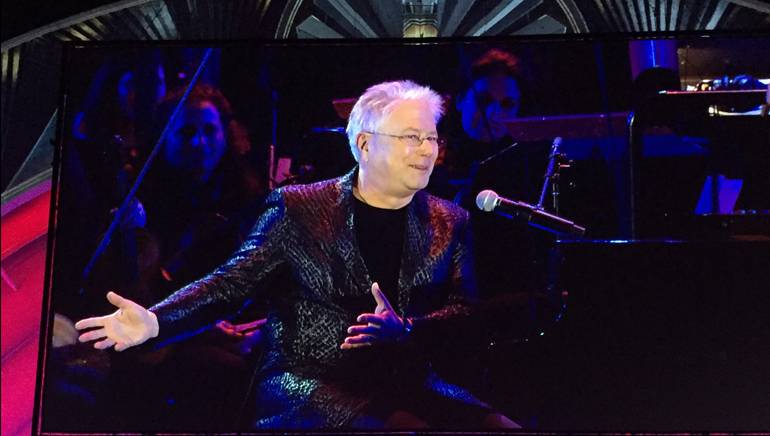 The Hollywood Bowl was the place to be Saturday night when Alan Menken’s magical music to Beauty and the Beast pulled at the heartstrings of everyone in the enthusiastic audience. The performance, which was directed by composer agent Richard Kraft and co-produced with composer agent Laura Engel, included not only a visually stunning live-to-film rendition, but also featured additional music Menken wrote around the classic theme. The Bowl added to the enchanting evening with props such as a large inflatable rose (the signature art from the story) greeting guests, while original animation was created and used throughout the show on the actual venue framing the stage and screens.

Also, featured for this performance was a crowd pleasing all-star cast of Zooey Deschanel, Kelsey Grammer, Taye Diggs, Rebel Wilson and Jane Krakowski, who each embellished their roles with compelling vocals to Menken’s award-winning songs. The orchestra, conducted by Michael Kosarin, as well lived up to its part with a perfectly synched performance to the film playing overhead on the Bowl’s mammoth screen. The renowned ensemble also gave an engaging twist to the additional songs.

To cap it all off, the eight-time Oscar-winning Menken ended the show performing his own compelling version of “Beauty and the Beast.” In addition to this classic, he is responsible for penning music for Disney’s Aladdin, Poccahontas and The Little Mermaid, among many other popular works.