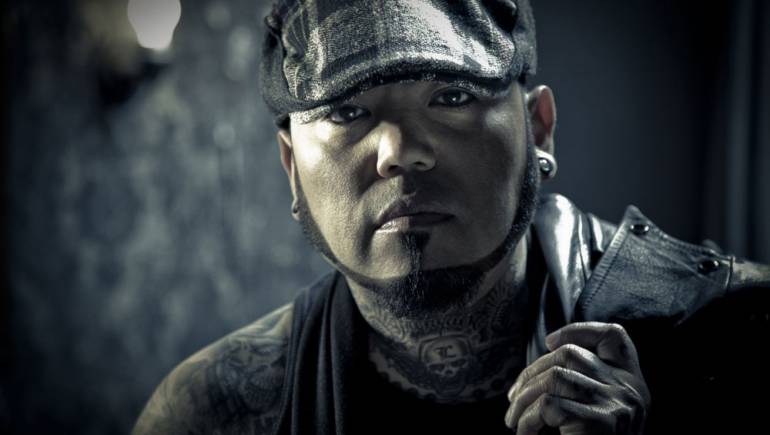 Producer/songwriter A.B. Quintanilla III has always been a step ahead in Latin music, and his latest album reaffirms his prescience even as it proudly nods to his past. The Life of a Genius pays homage to his father, Abraham Quintanilla, Jr., who pushed his three children to perform and write songs early in Corpus Christi, Texas. The result was Selena y Los Dinos, who performed songs mostly written and produced by a young A.B.. The group pioneered modern Tejano music in the 80s and 90s until the tragic 1995 murder of A.B.’s sister Selena, who would become an icon.

Through the years, A.B. has remained an ingenious musical force, curating elements of his Mexican and American identities in carefully crafted ways. In 1999, he formed the eight-piece band Los Kumbia Kings, whose mix of cumbia, hip-hop and R&B was unprecedented. In 2006, he perfected the concept with a new band, Kumbia All Starz.

After a three-year hiatus, the new album brings a stellar cast of guest performers along with the Kumbia All Starz band. A.B. cites Carlos Santana’s Supernatural as an inspiration, but the album also hints at work by producers such as Timbaland, who mix genres and performers in unusual ways. A.B.’s last album with the All-Starz, Planeta Kumbia featured collaborations with stars including Flex and Mala Rodriguez, but on the new album, seventeen artists flood 10 tracks. Invigorated cumbia, throbbing electronica and soaring ballads, the songs include guests such as Puerto Rican salsa singer Gilberto Santa Rosa, reggaeton artist Voltio, Argentinean rocker Marciano Cantero (Enanitos Verdes) and vallenato star Jorge Celedón. Quintanilla gives classic artists a modern spin, but also shows off up-and-comers such as rapper/producer Yeyo (formerly of The Dey) and reality TV star Ana Isabel.

Life of a Genius also has personal importance for Quintanilla. Los Dinos, who had not performed together since 1995, reunited for the traditional Mexican-style ballad track “Yo Nací Para Sufrir.” Just like old times, the song relies on the drumming of his sister Suzette, as legend José Feliciano takes commanding vocal lead. Talk about stroke of genius.