Posted in MusicWorld on January 2, 2010 by Jon Burlingame 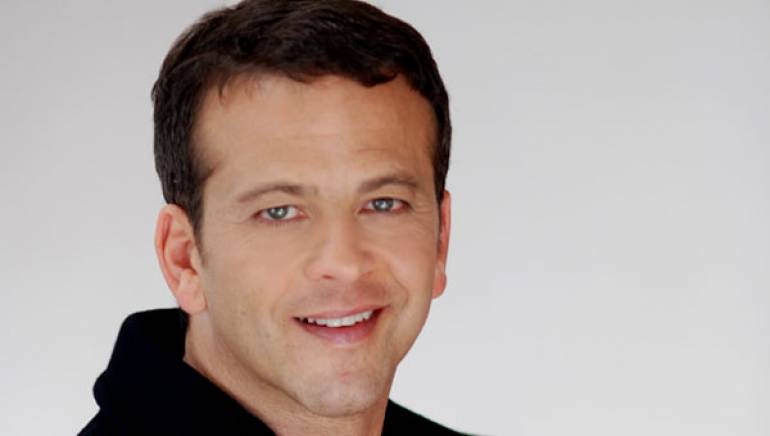 Aaron Zigman is home at last.

A classically minded musician who toiled in pop and r&b for many years, he is now where he is most comfortable: applying those considerable skills from both worlds to contemporary films, where he segues regularly from serious dramatic music to the lighter touch demanded by the romantic comedies that have dominated his schedule of late. Already this year, movies like The Proposal, The Ugly Truth and Madea Goes to Jail have topped the box-office, propelled in part by Zigman’s unique and invariably tuneful sensibility. “I love writing, period,” says the composer, relaxing in his comfortable Los Angeles living room, dominated by his beloved Steinway concert grand, recently acquired from the legendary, now closed, Todd-AO scoring stage.

Asked about almost any of his recent scores, he bounds out of his chair and dashes to the keyboard to demonstrate a point the best way he knows how: musically. On his mind right now: a “rhapsody for piano and orchestra” recently written for The Last Song, a Disney film starring Greg Kinnear and Miley Cyrus as estranged father and daughter to be released in early 2010. Kinnear plays an ex-concert pianist, and it was Zigman’s job to write, before shooting, a piece “that was evocative, and shows all of his influences and ranges.” Part Debussy and all Zigman, this stunning seven-minute showpiece traverses the emotional territory of the film itself and may serve as a blueprint for the underscore, to be written early next year.

It’s a rare, 21st-century version of what used to happen decades ago in films, when composers like Bernard Herrmann — one of Zigman’s film-music heroes — and Richard Addinsell could write miniature classical works for films that would be performed within the films and provide the musical meat of the score. And sometimes, as in the case of Addinsell’s Warsaw Concerto, the concert pieces escaped their movie confines to become popular on records.

Zigman’s melodic sensibility is one reason he has become such a prolific and popular composer. His first big hit, 2004’s The Notebook, contains one of the most memorable and touching piano themes of recent times. That score, for Nick Cassavetes’s film starring Gena Rowlands and James Garner, became the composer’s calling card — and ironically, the reason for his recent spate of Tyler Perry-directed comedies, including the September hit I Can Do Bad All By Myself.

“ ‘The Notebook’ was one of Tyler’s favorites,” says Zigman, who was initially wowed by Perry’s still-unproduced script for The Jazzman, but agreed to tackle his Why Did I Get Married and has done four more since. “He’s not into hip-hop,” adds the composer. “He’s very traditional. He really likes film music. I have not had to produce one loop for him. He completely trusts me. It’s a dream gig.”

Yet those Zigman themes are never treacly or overly sentimental. More often they are contemplative (Flash of Genius), wistful (My Sister’s Keeper) or just plain fun (The Ugly Truth). Sometimes it’s more the colors and rhythms that dominate, as in the Latin-infused Sex and the City; Zigman is already working on the sequel, due next May. For grand-scale epics like Bridge to Terabithia, Zigman doesn’t stint on the orchestral and choral forces required. And even if it’s a tiny independent film, such as the acclaimed Akeelah and the Bee, “I treat it like it’s an ace, big-budget movie,” he says. “I never stint on the creative process.”

Zigman, 46, gave up on the pop world a decade ago. “It just wasn’t me anymore,” he says, despite arranging hits for Boz Scaggs, Phil Collins, Tina Turner, Christina Aguilera and others. Cassavetes gave him a shot at film scoring with John Q in 2002 and Zigman hasn’t looked back. He won a 2004 Emmy for one of his most original works: Crown Heights, which successfully combined Jewish and gospel music for a story about the 1991 Brooklyn race riots.

“The exciting part is what I haven’t done, and what I’m going to get to do,” says the composer, now on his 38th film in eight years. “I’m still hugely passionate about my work, and I’ve got such a long way to go.”