Posted in News on July 8, 2015 by Katherine Harding 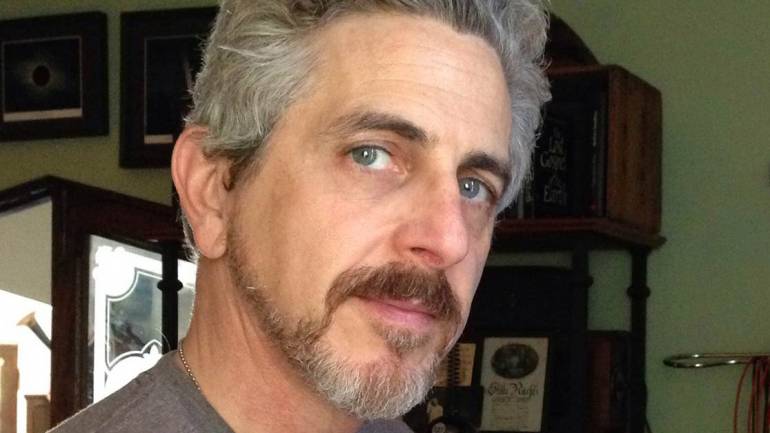 Broadcast Music, Inc. composer Michael Penn is a busy man, composing for two of cable TV’s biggest hits, Showtime’s Masters of Sex and HBO’s Girls, creating emotional music that pulls viewers further into the action of these revolutionary series. Before breaking into composing, Penn was a dedicated singer-songwriter, snagging an MTV Video Award for Best New Artist for his 1989 debut album March, which housed hit single “No Myth.” Director Paul Thomas Anderson was such a fan of Penn’s second album, Free-For-All, released in 1992, that Anderson lured him into the composing world, with Penn creating music for his feature films Hard Eight and Boogie Nights. Having been in the music industry for more than 25 years now, with five solo studio albums and numerous film/TV scores to his name, Penn is well-versed in the processes of songwriting, composing and producing. BMI caught up with him to hear about his latest projects, creative process and some extraordinary experiences.

How did you first get into creating music and what drew you to that form of artistic expression?

I was drawn to music young. I think a bunch of stuff contributed to it, part of it was the simple wonder of having been emotionally moved by invisible waves in the air. My grandfather had a small musical box that played Clair De Lune that I used to wind up and play over and over. It’s still my favorite piece of music. My parents had a HiFi and there was a spinet and a guitar laying around and by the age of seven I was noodling on both and asking for records instead of toys.

At some point my folks suggested I get lessons which began a series of very frustrating failures. I don’t know if it was simply not connecting with the teachers I had, but nothing clicked. I know that part of it was that my brain had a hard time conceptualizing keys and notation. It just didn’t make sense to me that a given note’s identity could be called one thing here and another thing there. It seemed like a bug in the system. But I wasn’t giving up so I taught myself to play by ear and, eventually, to figure out how to write it down. I felt a need to express, and ideas tied to melody was what was in there so I kept at it and started to think I might want to dedicate my life to it. When I was 15 our next door neighbor was a friend of my dad. He was an actor named Otis Young. Otis was a music nerd and I used to go over to his house all the time and we’d listen to records. Turns out Otis was an old friend of Bob Dylan’s from the Village days and now when he was in California Dylan would to go to Otis’s house on the weekends to play chess. One day Otis tells him that there’s this kid next door who plays guitar and is an enormous fan. Dylan tells Otis to invite me over and for me to bring my guitar. So, Dylan and I went out to the yard, just the two of us, and sat around that afternoon, playing and talking about music and that removed all doubt. I’m an extraordinarily lucky person.

How does the process for composing for film/TV differ from writing a song for an album?

In terms of writing they both begin similarly, which is to focus on a feeling I want to convey. But the process for me begins to diverge immediately after that. With a song I’ll start to bounce around between melody and lyric. I’ve never consistently written one before the other. With lyrics in the mix I have to think about the narrative and language to be in the service of this thing. But even when I write the music first, with songwriting there is a pretty rigid structure.

There are refrains and verses and choruses and bridges that you set up in some kind of ordered architecture. You can diverge from the standard structures, but it’s at your peril.If you succeed, like Bacharach, congrats! Otherwise, without those touchstones you have an uphill battle connecting. Anyway, with film, the film itself acts like the lyric. The nice thing here is that film doesn’t abide by the structural conventions of a song, so the music doesn’t have to either and that’s very freeing. But there’s an area where things are identical to me. Recording a score for film and making a record are also about the art form of recorded sound, the studio as a creative tool. It’s a film and not a play. You know, Les Paul, George Martin, Brian Wilson, Harry Nilsson…they were all making soundtracks.

Masters of Sex is set in the 1950s. How does that time period influence your music for the show?

Well, it starts in the ‘50s and sprints through to the ‘60s now. Compositionally, melodically, there are both modern and period influences. I think of the lush scores of the ‘50s and ‘60s and I’m sure there are slivers of Bernstein and Mancini and LeGrand in my mind, not to mention the episodic TV scores of my youth. One of the challenges of this show is balancing the comedy and the drama into a cohesive whole and nobody did that better than Earl Hagen. But the sound of the show is grounded in a few things directly influenced by the era. I wanted orchestral elements but I degrade them in various ways to achieve a certain effect; I like to think of it as hearing the score playing on a distant Zenith HiFi in a dream. I also wanted electronic elements but I didn’t want modern sounding synthesis so I went back to one of the earliest commercial synthesizers called the Novachord that was around in the late ‘40s. It’s the sound of old tube oscillation and filters. I also dove into the work of the BBC Radiophonic Workshop and came up with ways of emulating those techniques. In some ways Daphne Orahm was the Virginia Johnson of electronic music.

How do you get into the voice of Brooklyn millenials when scoring Girls?

Hmmm. I think most of the credit here goes to Lena [Dunham] because her sensibility is so deep and universal that it transcends age and location to such a degree that a late baby boomer living in L.A. can score the thing. Either that or I share the same white, privileged entitlement issues as a 24-year-old girl in Greenpoint.  Actually both things can be true and probably are.

But additionally, I don’t think the score really is the voice of the characters as much as it is an objective observer. When Lena and I started to work together on Season 1 she said she wanted the score to have a timeless quality. Lena knew that she and Manish Ravel, the music supervisor, would be finding lots of contemporary songs to define the current millennial world. It was left to me to address what was more underneath it all. Part of that for me was to look at all these characters as a members of a kind of urban tribe, going through their lives and rituals of adulthood. So I approach a great deal of the score in a primitive, folky way, almost ethnic.

During your diverse career, what has stayed true as your creative inspiration? What newly interests/inspires your craft?

Certainly listening to and connecting to a great piece of music or song is inspirational. Books, films, any art….things done well by people who give a s**t. I really try to give a s**t. I’ve also been lucky to work with people who give a s**t and that sure makes everything a lot easier. I think that it’s important to work at being a connected, engaged and empathetic human being. I look at inspiration less like some external fuel for creativity and more like a sort of humility, an openness that arrives, dismantling those things that can block creativity. We live in a wondrous and vast construction called space/time and whether I choose to call the force behind that God or the Laws of Nature, I’m certainly not in charge.

What are you listening to right now?

Going down two rabbit holes at the moment. I just saw the Glenn Campbell documentary, which is so moving and really wiped me out. So there’s been a lot of mid ‘60s era vinyl playing. Also, I recently saw Randy Newman play a set at Largo which brought me back to Bad Love and Harps and Angels, which are so great and I think are among his best ever.

Finish scoring this season of Masters of Sex and then start working on the next season of Girls in late summer and then, you know, just hopefully continue to have the opportunity to make music.