Posted in MusicWorld on September 16, 2015 by Malcolm Venable 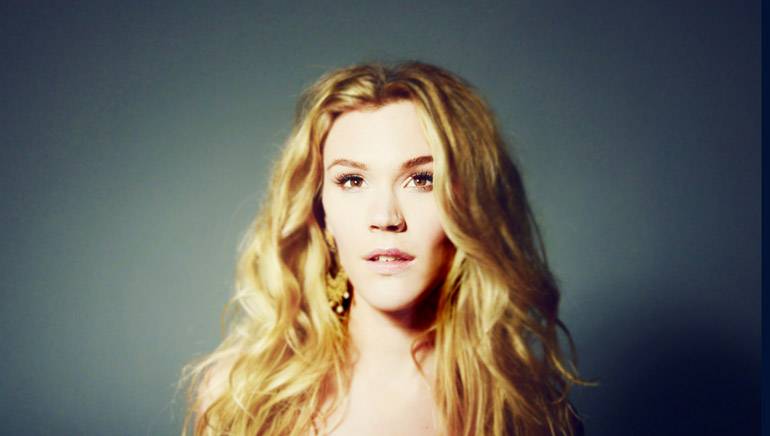 At just 28 years old, Joss Stone is already a music industry veteran. After making her debut with the multi-platinum The Soul Sessions as a teenager in 2003, she’s earned the endorsement of greats such as Smokey Robinson and Mick Jagger, and won some of the industries’ highest honors—including two BRIT Awards and one GRAMMY.

Over the years she’s shown a mastery of R&B and hip-hop influenced soul music. But when she first started writing the songs that would become her latest album—her seventh—she was hesitant. The tunes were heavily reggae inspired; she thought it would be, as she puts it, a bit weird.

“It spans five years,” she says of Water For Your Soul. “I started writing before I met Damian (Marley), thinking ‘Oh these are nice - maybe I’ll make a reggae record.’ I put the thought aside.” Marley, who you might say has more than a little credibility in the reggae realm, helped her loosen up. “He really encouraged me to go further with that,” she says of her initial instinct. “Then it turned from making this reggae and R&B record to a world album, with lots of inspirations.”

The various influences on Water For Your Soul mirror another undertaking for the artist: an ongoing, ambitious tour scheduled to take her to every country in the world. She’s been to 44 so far—a fun but challenging experience. “Some of my thoughts on the ways of the world have been solidified, and some have changed,” she says. “Your body gets (messed) up. You go home and you rest. You have to have a balance.”

Still, the exposure to varied cultures and musical styles are priceless, and she’s working with new artists she meets along the way. “It’s huge, it changes my sound,” she says. “I believe strongly that you are what you eat, and if you are feeding yourself different sounds and experiences you’ll never get bored. What you put out is going to be interesting.”

Along with growing as an artist, Stone is growing as a businesswoman too. Having started her own label, Stone’d Records, in 2011, she’s continuing to learn and apply those skills while balancing the act of remaining true to herself. But sometimes it’s tough, and having been in the business before the social media explosion, she has had to adapt. “Now, you’ve got to get involved, you’ve got to say ‘Hello, I’ve got a new record,’ and be involved more consciously. I try to make more an effort. (Social media) is definitely a bit odd for me. It’s not a natural tool, but you’ve got to move with the times. You’ve got to let people know what you’re up to – otherwise they won’t go to your gig.”

And whatever comes next in the industry, Stone’s confident she’ll keep calm and carry on. “I like to roll with the punches. The people decide. At the end of the day you have to embrace it. It doesn’t matter how they get it, I just want them to hear the music. With any industry, it’s really about the people. Now we have the Internet where people can review everything they buy and those reviews determine how many people go back again. At the end of the day, the music is for them.”

She chose BMI, she says, not only for its good business but also as part of a conscious choice to live holistically well. “They’re nice people. You make a choice for your business. You go where you have the most freedom. What’s really important for me is to have that freedom––that you’re treated fairly but with nice people, doing things for the right reasons, reasons you agree with. There are people who do things just for money, and good for them. And there are people who do things just for art, and that’s good for them too. But balance is important, and that’s a life choice.”

Given her talent, work ethic and the counsel of the world’s best, she seems well suited to roll with those proverbial punches. Part of that means keeping sane in a sometimes crazy environment. Baking has become a hobby, and she oozes with pride at having perfected making flowers from sugar. All these years later, “I feel I’m the same person. You have to have a balance. “I still do the same (stuff): I walk my dogs, I bake a cake, I go to bed.”