Posted in News on November 18, 2015 by Malcolm Venable 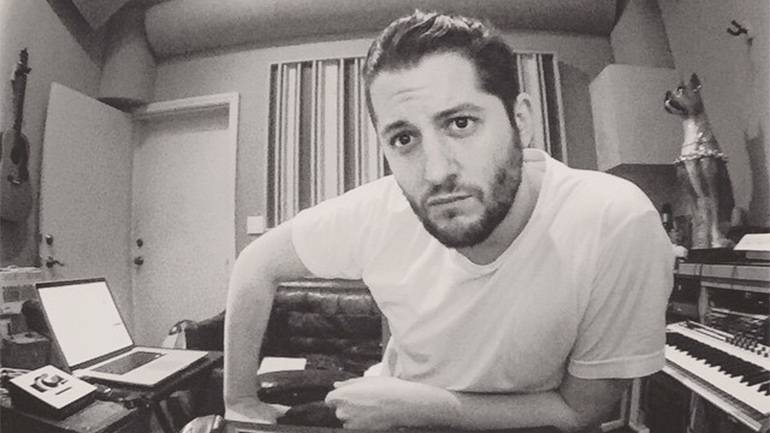 BMI songwriter and producer Ian Kirkpatrick is the kind of guy that knows what he wants and then gets it done – a trait that comes shining through in his trajectory, and his work. “Among my peers, I have a reputation for being OCD about my approach,” he says. “I like to create the biggest sounds with the least amount of discernable stuff. It’s to the point, deliberate production.”

Deliberate is a common theme for Kirkpatrick. His process has yielded a steady stream of successes, most notably Jason Derulo’s 2015 anthem “Want to Want Me,” which went double platinum, peaked at No. 1 on the Billboard Pop Songs Chart and spent weeks atop charts around the world.

Indeed, knowing exactly what he wants—and, in the same vein, what he doesn’t—is how Kirkpatrick got his start in the music business. When he first started writing and producing, Kirkpatrick was also studying economics at UC Santa Cruz. But he figured out in short order that school just wasn’t for him. “I didn’t learn anything from economics,” he says. “I was on my computer the whole time. It was not a waste of time socially but educationally… I was chasing sounds. (School) was filler at the time.”

A self-described “Irish Moroccan Jew” (his mom was born in Casablanca; he describes his dad as “severely Irish”) he threw himself into music full stop, gradually gaining work with bands affiliated with the Warped Tour. He cut his teeth with Breathe Carolina, Neon Trees, Young the Giant and The Plain White Tees, whose breezy, cheerful 2010 single “Rhythm of Love” went platinum and rose to No. 5 on the Adult Contemporary chart thanks to Kirkpatrick’s production. Not to be confined to one genre, he contributed to Blake Shelton’s platinum Based on a True Story, named country album of the year by the Country Music Association in 2013. “I take pride in making my production and songwriting un-identifiable,” he says.

While no two of his tracks sound alike, he’s got a clear knack for churning out power pop hits that take artists to the next level. Nick Jonas can attest, as his bouncy “Levels” was soaring up the Hot 100 at the time of this writing. So can Andy Grammer, whose explosive funk-pop “Good to Be Alive (Hallelujah) ” made impressive strides on the Top 40 and Hot Adult Contemporary charts. Kirkpatrick’s worked on albums for Hilary Duff and Prince Royce; songs for Chris Brown and Justin Bieber are forthcoming. Naturally, after the success of a mega hit like “Want to Want Me,” his inbox is full of requests to the same thing, just slightly differently.

“My strengths are in sonic and crafting the production – giving a song an identity versus making it sound like everything else.” He’s greatly inspired by Aphex Twin, known for minimalist but lush compositions. “I think the most challenging for me is definitely lyrics. That’s always the icing on the cake. That’s why I like to have other writers around.”

A cadre of trusted writers worked with him to produce “Want to Want Me.” Yet, as infectious and successful as it ultimately proved to be, actually getting it to see the light of day was marked by stops and starts. The track was shopped to a number of artists before Derulo made it his own – an eight-month process that taught Kirkpatrick some valuable lessons.

“It’s scary,” he says of the process. “You just have to dedicate yourself entirely to the craft. I’m certain I’ve taken years off my life with the stress. You have to be so blindly committed to doing all you can all the time, to the point that it’s a little bit of an obsession. You just have to do your thing. It sounds so cliché, but you have to submit and be focused.”

A good team, which includes a manager who’ll handle the big stuff (as well as call your girlfriend when you’re running really late on Valentine’s Day), helps. The support provided by BMI is essential too, as the network of “people there really go out of their way to connect and communicate to see how they can make things happen.” Having those structural pieces in place allows Kirkpatrick to do what he does best: focus, and produce great music.

In the studio, he relies on a blend of strategic concentration and serendipity to guide the creative process. “It’s different for every session,” he says. “As a producer I’m more likely to adapt to people in the room. It’s about whatever puts them in the best mindset. When I’m with an artist, it’s more about getting something real out of them. The true art of a producer is to get the best out of them while getting a single the label loves. You have to be more sensitive to expression; there’s a lot more psychology to it. I’ve been lucky to work with artists that make my job easier – they present a more focused idea of what they want to do.”

He’s a man about the mission and his writing partners know the drill. “Working with writers, most of the time you’re in a relationship with them, and you trust that you’ll get something great. With writers it’s like, ‘What’s up? How’s your dog? Let’s write a song.”