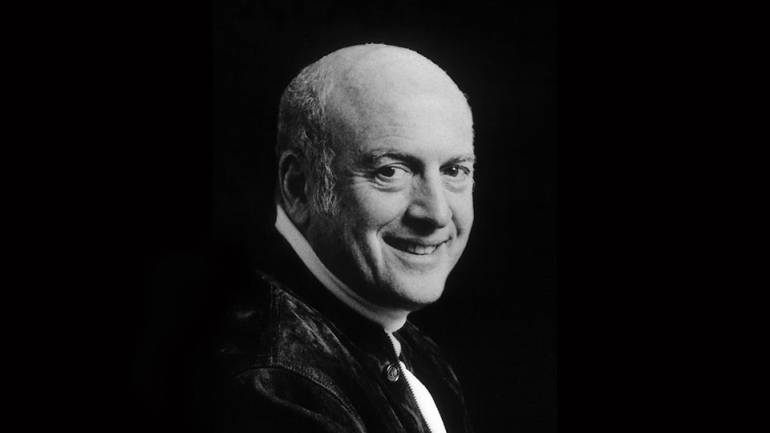 As one half of the preeminent songwriting duo, Leiber & Stoller, Mike Stoller has garnered a legacy that most composers can only dream of. The list of credits attributed to him and his late partner, lyricist Jerry Leiber, constitutes some of the most beloved selections from the canon of American songwriting. Stoller’s unforgettable melodies, paired with Leiber’s lyrics, have enchanted listeners for decades, and their deft combination of musical elements revolutionized the genres of R&B, pop, rock & roll and beyond with perennial classics like “Stand By Me,” “Hound Dog,” “Jailhouse Rock,” “Love Potion No. 9,” “On Broadway” and hundreds more. As a composer, innovator, producer and versatile collaborator, Mike Stoller helped forge the trajectory of American music, spawning genres and a musical vernacular that has informed and enriched popular culture.

First meeting Jerry Leiber in Los Angeles in 1950 when they were both teenagers, Long Island native Mike Stoller began a 61-year partnership that would provide a veritable gold mine of career-breaking hits for names like The Coasters, The Clovers, Jay & the Americans, Dion, The Drifters, Peggy Lee, Ben E. King and the future King of Rock & Roll himself, Elvis Presley. The duo’s shared love of classic R&B and blues and their innate gifts for writing in the specific language teenagers would most relate to turned so many of their songs into chart-topping hits. During their most productive span of years, their music came to define the Golden Age of Rock & Roll.

This hits kept happening throughout the end of the `60s, and Mike Stoller’s muse kept evolving, resulting in multiple other projects that branched out into other areas of music like jazz and cabaret. The songs of Leiber & Stoller would go on to be reinterpreted by countless artists with over 9,000 recordings and become prominently featured in over 150 motion pictures. In the 1990s, 39 of the duo’s songs were comprised into Smokey Joe’s Café: The Songs of Leiber and Stoller, a production with a five-year run that would make it the longest-running musical revue in Broadway history. That show has enjoyed an Off-Broadway revival in 2018 and continues to tour the world to this day.

For the enduring music he helped created with Jerry Leiber, who sadly passed away in 2011, Mike Stoller has been recognized and celebrated. Among several distinguished honors, he’s been inducted into the Rock & Roll Hall of Fame and the Songwriters Hall of Fame and has a star on the Hollywood Walk of Fame. Stoller has notably won a GRAMMY Award and the Johnny Mercer Award from the Songwriters Hall of Fame. He’s also won 57 BMI awards.

While responsible for that astonishing body of work and having earned the industry’s highest accolades, Stoller remains grounded and humble about it all. Prior to presenting him with the BMI Icon Award at the 2022 BMI Pop Awards, we reached out to Stoller to discuss his remarkable career and hear his thoughts. Here’s what he had to say.

This year, BMI is adding to your already impressive roster of accolades – including 57 BMI Awards – with our highest honor, the BMI Icon Award, for your incomparable musical contributions and influence on generations of songwriters. How did you feel when you learned you were going to be receiving this prestigious tribute?

Honored… and extremely pleased. I wish Jerry were alive. He’d be thrilled to receive this honor, deservedly.

When you were inducted into the Rock & Roll Hall of Fame, you noted your intent to make R&B records from the beginning. Why do you think your compositions had such crossover appeal, charting the course of the early days of rock & roll?

R&B, blues, and boogie-woogie were the kinds of music that brought Jerry and me together back in 1950. It was our awe and reverence for those African-American performers and creators who inspired us. Of course, we were quite aware of the songs of Broadway composers: Irving Berlin, Cole Porter, the Gershwins, etc. Why did our songs have “crossover appeal”? Who knows? But I’m very happy that they did.

Which composition was your first, big hit song, and how did that come together?

Our first big hit was “Hound Dog,” as sung by Willie Mae “Big Mama” Thornton. Bandleader Johnny Otis called me one day and asked if I was familiar with her. When I said I wasn’t he said, “Well you better get Jerry and come over to my place, ‘cause I need songs for her.” She knocked us out. We went back to my house and wrote the song in about 15 minutes. The next day we recorded it. In those days, radio was more segregated, so white audiences didn’t hear the song until Elvis recorded it three years later. But Big Mama’s record was a # 1 hit on the R&B charts for seven weeks, making it our first big hit. It’s always been one of my favorite records.

Smokey Joe’s Café: The Songs of Leiber and Stoller is Broadway’s longest-running musical revue, with productions still running around the world today. What makes this show – featuring hit song after hit song—so magical, in your opinion?

I think the answer is in the question: “hit song after hit song.”

“Stand By Me,” which you wrote alongside Ben E. King, has become another perennial classic that has spanned multiple decades. Please share a little about how this timeless song was composed.

Ben had the idea to use a Gospel style and theme as the basis of a secular Pop/R&B song. He and Jerry were working on the lyric one day when I got to our office. I went to the piano and started playing along while Ben was singing. When I came up with the bass line, Jerry and Ben said, “Now, we have a hit!”

You continued to write for the stage, collaborating with Artie Butler and Iris Rainer Dart on Tony-nominated The People in the Picture. Can you share a little about how the creative process works when you’re working on material intended for the stage?

Well, you try to make the melody and the lyric sound like the character who’s singing, and you have to help tell the story of the play, sometimes replacing pages of dialog with a song.

Your compositions have been recorded by hundreds of artists, including some of the biggest names in music from across the genre spectrum and literally around the world. Can you describe what that experience is like for you, as a creator.

You and your wife, Corky Hale, are active philanthropists, supporting causes through The Mike and Corky Hale Stoller Foundation, focusing on the arts and social reform. Can you share some of the causes you are passionate about?

Corky and I both feel that, having been successful in our own fields and fortunate in the rewards of such success (thanks to BMI, among others), we must “give back.” Among the charities we support is the Southern Poverty Law Center, which has honored us by creating “The Mike Stoller & Corky Hale Stoller Civil Rights Memorial Theater” in Montgomery, Alabama. We contribute to Homeboy Industries, which, under the leadership of Father Gregory Boyle, has helped former gang members to become happy and successful members of society. We created and support a music program with Homeboy called “Music Heals,” in conjunction with the Young Musicians Foundation. We are also involved with food clinics, women’s health clinics, and anti-gun violence groups; and Corky, in particular, has been involved with helping to move the homeless into decent houses.

As a genuine master of your art, what guidance would you share with aspiring songwriters looking to emulate your path?

Just keep writing and explore every opportunity that comes your way.

Can you put into words the meaning of your relationship with BMI?

Back when Jerry and I first needed to join a performance rights organization, BMI was the only one that accepted with open arms the blues, jazz, and R&B writers we revered, and all the emerging rock and roll songwriters as well. Of course, I have the same relationship with BMI now that any of its members do: BMI sees that I get paid performance royalties for my work, and advocates for my rights through lobbying for better terms and protections. Those things are not just important, but absolutely necessary for songwriters of any generation to earn a living. But I’ll always remember that, when I started out, BMI wasn’t just on the side of songwriters; it was also on the right side of history. That makes me proud to be with BMI today.