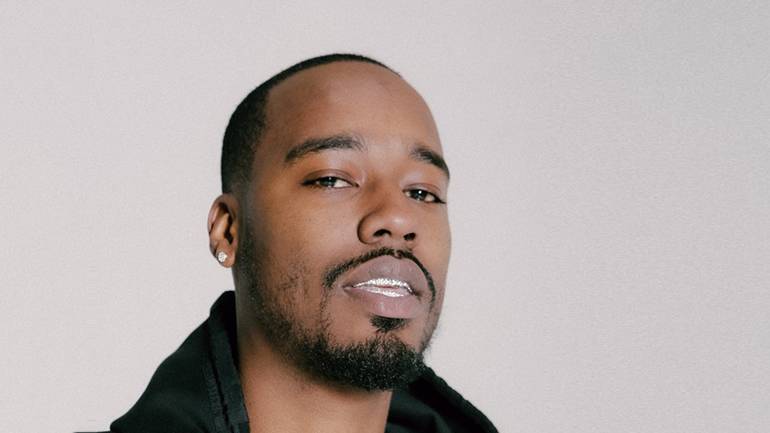 Starting at a young age with his parents’ record collection on through joining his high school band as a percussionist, Dallas native Julian Mason has always been focused on listening to, appreciating and expressing himself through music, and, very specifically, the beat. But it wasn’t until discovering the tools for rudimentary beat-making as an avid hip-hop fan in high school that he ever considered making music his career. But once he got a feel for it, there was no going back.

After starting at the University of Houston, Julian decided to try to realize his dreams of being a full-time hip-hop producer. The ambitious teenager was leaning into it when fate seemed to smile. In 2013, three years after graduating high school, Julian got a massive opportunity when Atlanta rapper Gucci Mane recognized his talents, gave him a placement on a mixtape and started discussing signing the producer and doing further work together. But Gucci Mane’s legal trouble disrupted those plans, and Julian was shortly back at square one.

But true to his passion, he persevered and, four years of hard work later, was introduced to another ambitious music creator and fellow Texan named Megan Jovon Ruth Pete. Clicking almost immediately, when Julian heard Megan’s intricate wordplay paired with his beats, he knew they were onto something. The world soon learned about Megan Thee Stallion and LilJuMadeDaBeat.

Ever since that first meeting, the duo has crafted some of the most impactful and ubiquitous hits on radio, including chart-topping singles like “Big Ole Freak,” “Cash Shit,” “Savage,” “Last Week in HTx” and “Body.” Where once Julian Mason was struggling to make his name as a producer, Billboard recently placed Lil Ju at No.1 on its Rap Producers chart.

BMI caught up with the Lil Ju to find out how he’s handling his success and staying grounded.

Was there one specific bit of music that set you on your path to being a producer?
Honestly, I would say Michael Jackson’s catalog inspired me to make music. Hearing those albums produced by Quincy Jones and Teddy Riley definitely made me want to try.

How big of an impact did first working with Gucci Mane in 2013 have on your career?
It was like my first bit of validation as a professional that let me know I could do this. I wouldn’t say it was smooth sailing after this because, honestly, things didn’t take off for a long time after that. But it was the fuel I needed to let me know I was going in the right direction.

You encountered a few setbacks over those early years — what convinced you to stick with it?
Just the belief and confidence in myself and my abilities and my faith in God. Also, the vision I had for myself. I couldn’t see myself living life any other way. I get to smoke and make beats all day for a living.

How did you first meet Megan Thee Stallion? Did you recognize her potential right then and there?
T. Farris brought me in and made me the in-house producer for 1501 Records. He told me they were thinking about signing her and she had the “Stalli Freestyle” out. I knew from then she could make it. Then they signed her and put us in the studio shortly after and we got to work. I remember riding home the first time hearing her on my beat and I was grateful because I knew we were onto something.

How would you describe the working dynamic between you and Megan? What’s the creative process like?
Me and Megan work well together. She usually comes to me with an idea and I execute it or I send her some beats that she likes and she goes crazy on them.

You recently claimed the No.1 spot on Billboard’s Rap Producers charts. How did that feel?
It felt like everything I’ve worked for is finally paying off. I’m grateful and humbled but I have my eyes set on so much more. No.1 rap producer is cool but No.1 producer on hot 100 or No.1 producer overall sounds much better.

Looking back, is there anything you’d have done differently in your career?
I honestly don’t think I would. Everything worked out as it should and if I changed something I might not be here.

If you’re at liberty to say, what are you currently working on? What can the public expect from Lil Ju in the future?
Me and Megan are constantly working. I’ve locked in with Sada Baby, Kamaiyah, Trapboy Freddy just to name a few, all the dope producers and songwriters and I have a few surprises coming that I can’t talk about. The public should expect to know that if you hear “And if the beat live you know Lil Ju made it” on a track that it’s a hit. And they should get used to hearing it.

What advice do you have for aspiring music creators looking to emulate your success?
Don’t give up. I know this sounds cliché but I’ve been making beats for over 10 years and I just recently achieved a level of success. Don’t get discouraged. If this is for you, it will be if you stay down.

Describe the role BMI has played in your career so far.
BMI played a major role in my career early in my success. They helped me navigate the treacherous world of publishing and gave me some stability in a time when I could’ve made a decision that affected me long-term. Without the help that BMI gave me when my songs first reached Billboard, I don’t know if I would be in the position I’m in now. I’m super grateful.