Posted in MusicWorld on May 28, 2009 by Malcolm Venable 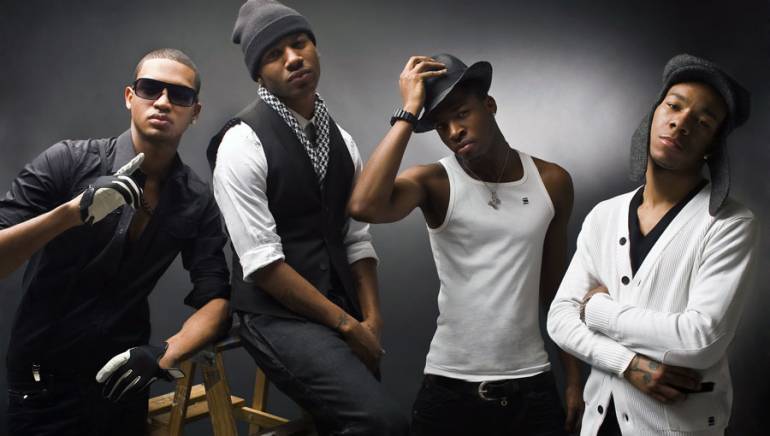 It’s probably safe to bet that no other area code has the cultural cache of the one for Brooklyn, Queens, the Bronx and Staten Island. Indeed, the digits “718,” immortalized in everything from songs to T-shirts, can be as much a rallying cry as they are required dialing.

Thus, r&b group 718 has a distinct advantage—a name synonymous with New York cool. With members from Brooklyn and the Bronx, the young singer-songwriters represent both outer borough flavor and the future of guy-group soul.

“We’re trying to bring New York back,” says Rell, one of the foursome. “I think each generation has its group, and we are the group for our generation.”

Naturally the guys, varying in age from 19 to 21, will draw comparisons to 112 and Boyz II Men—obvious inspirations. But 718 is not a manufactured attempt to reclaim good old days. Instead, theirs is an organic synching that began when the boys decided to pursue talents they’d been nurturing since childhood.

Brooklynites David, Ayden and Rell met Ryan, from the Bronx, on an audition for Talent Unlimited High School in Manhattan. Though Ryan attended the Choir Academy of Harlem, the Boys Choir of Harlem’s school, the friends remained in touch and in 2005, formed 718.

“A bunch of groups are put together and placed,” says Ryan. “We are a strong brotherhood.”

Working with producers and songwriters including The Lab Ratz, Tha Corna Boyz and Teddy Bishop, they’ve crafted archetypal r&b music with modern flourishes, songs that explore teen rites like school and puppy love. “It’s young men learning to love,” says Rell. “It’s not overly mature, but not young.” Says Ryan, “It’s a young man still trying to figure out who he is as a person. It’s clean and classic r&b.”

Of course, all that is going over extremely well with the ladies 718 has serenaded at schools and boys and girls clubs in New York. But adults are feeling them, too. At BMI’s 12th Annual Unsigned Urban Showcase in Atlanta, 718 beat out hundreds of groups to win top prize for their blend of vocal skills, choreography and charisma.

If these four young men have their way, it won’t be long before the digits “718” signify a phenomenon even grander than a proud area code.