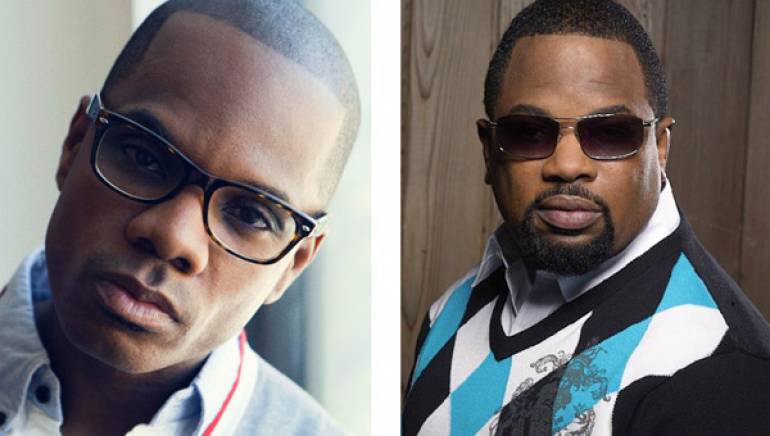 Kirk Franklin is the best-selling contemporary gospel artist in SoundScan history. He was the first gospel artist to sell more than one million albums, and today, his sales tally exceeds 15 million. While Franklin has earned 20 no. 1 singles on gospel charts, he has transcended genre and medium in countless ways, from serving as host of BET’s Sunday Best, to consistently crossing over to urban radio. With multiple BMI songwriting awards, seven Grammys, 37 Stellar Awards, 14 Dove Awards, and six NAACP Image Awards, he is one of gospel’s most decorated creators. In addition to changing hearts and minds through his music, Franklin rolls up his sleeves for numerous charities, such as World Vision and the Children’s Defense Fund, for which he was an Ambassador. He’s showing no signs of slowing: Released this year, his 12th album Hello Fear and its lead single “I Smile” both topped charts.

Hezekiah Walker has led the Love Fellowship Choir, one of gospel music’s most influential groups, for more than two decades. The multiple Grammy winner has taken home 11 Stellar Awards, as well as numerous nominations for Dove, NAACP Image, and Soul Train honors. Through injecting traditional gospel and choir music with hip-hop and funk, Walker has crafted a distinct style that inspires and comforts young and old, black and white. He is also a soulful and persistently honest songwriter, capable of quiet introspection and airborne glory. Determined to carry the message even farther, Walker founded Love Fellowship Tabernacle Church and Hezekiah Walker Ministries, which serve not only as brick and mortar churches in New York and Pennsylvania, but resource centers for congregations all over the country as well. Walker’s acclaimed latest effort, Souled Out, is the thirteenth of his career.