Posted in MusicWorld on August 24, 2010 by James Wells 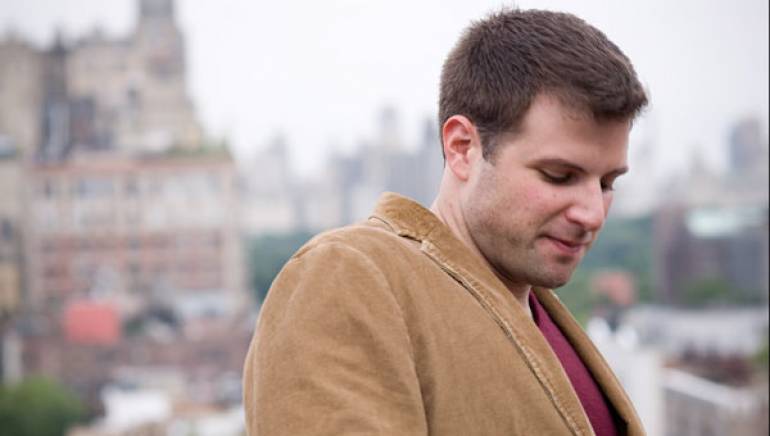 If there’s just one thing for which Shawn Crouch should be renowned, it’s his versatility as a composer. The winner of multiple prestigious awards and critical acclaim, he has composed for (and had his works performed by) a number of accomplished vocal and instrumental ensembles. Recently, Shawn’s work has been released on three different collections: “The Lullaby” from The Garden of Paradise on The Best of Chanticleer; “City Columns,” performed by the Moravian Philharmonic on their album Mementos; and “Suspended Contact” on the The Yesaroun Duo’s self-titled release.

His music often features recognizable classical and baroque elements perforated in surprising and fulfilling ways by potent and playful atonalities. The result is a robust and energetic sound that, in the composer’s own words, strives to “capture the energy of the surroundings” and to “create the feeling of being completely alive.” Shawn states, “I want music to change the perspective of the listener.”

A different kind of change motivates Shawn’s important latest undertaking as the director of the Miami Choral Academy. Funded by a generous seed grant from the John S. and James L. Knight foundation, this initiative seeks “to create positive social change through music.” This program, founded by the Miami choral group, Seraphic Fire, in part resembles the much-lauded El Sistema, Venezuela’s public music program. Shawn first became involved in the Miami program in 2005, when Seraphic Fire commissioned his work, The Road From Hiroshima, a Requiem.  The Academy works by creating a tuition-free league of youth choirs open to children from traditionally under-served communities in Miami-Dade County.  In addition to vocal training, the multi-layered initiative also features a music integration program, which stresses music’s connections with math, writing, and reading, and also includes supplemental academic tutoring.

In this inaugural year of the academy, over one thousand 3rd through 5th graders auditioned to be part of the program. From these, two hundred were selected to participate in four choirs, located in four different schools. These choirs will receive training in a range of choral music—classical, baroque, world/folk, African American Spiritual, and contemporary. In coming years, top students will audition to be part of chamber choirs and will eventually become part an all-star league that competes with other groups from around the country. The program’s outreach extends to the broader community by involving parents in a Choral Association, and Shawn’s enthusiasm for the Academy’s potential is contagious. “It’s exciting to know we are going to change their lives,” he says.

In the same way that those who study music tend to have more successful lives, Shawn believes that that those who compose music “should experience all parts of life.” It is little wonder, then, that he continues to compose actively, even while deeply invested in a coterie of ambitious grade-school artists.