Posted in MusicWorld on January 11, 2007 by Emily Burgess 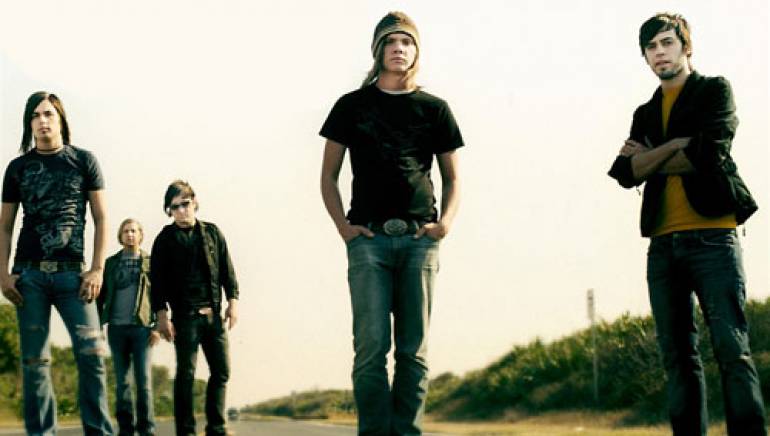 Hailing from Jacksonville, Fla., The Red Jumpsuit Apparatus is a youthful and lyrically insightful post-hardcore rock quintet whose name suggests an object of questionable identification and is conceptually cryptic…or, is it?

“I think it’s funny when bands scramble their brains to try and come up with some unique, untouchable band name” says guitarist Elias Reidy. “Why waste time thinking of something when we could be concentrating on music instead? The locals loved it, so we went with it.”

The band, comprising Duke Kitchens, Elias Reidy, Joey Westwood, Jon Wilkes and Ronnie Winter, insists that its organic fan base blossomed through word of mouth and video channel exposure, a combination that proved to be successful on both the stage and the charts.

Don’t You Fake It, produced by David Bendeth, entered the Billboard 200 album chart at No. 25 in July 2006. Four months later, the band’s Virgin Records debut was certified gold by the RIAA.

“That was a song personally inspired by Ronnie’s own experience with domestic violence,” said Reidy in a recent interview. “Every concept of every song is a true event that has happened to Ronnie himself, one of us, or somebody we know.”

On Feb. 1, 2007, The Red Jumpsuit Apparatus will headline the sixth annual “Take Action!” tour, a two-month trek focusing on suicide prevention through awareness campaigns and partnerships with anti-suicide organizations.

It’s clear this quintet is musically talented and dedicated to issue-raising tracks — the only unclear bit is the red colored apparatus, formerly known as a jumpsuit.