Posted in MusicWorld on October 5, 2006 by Deborah Evans Price 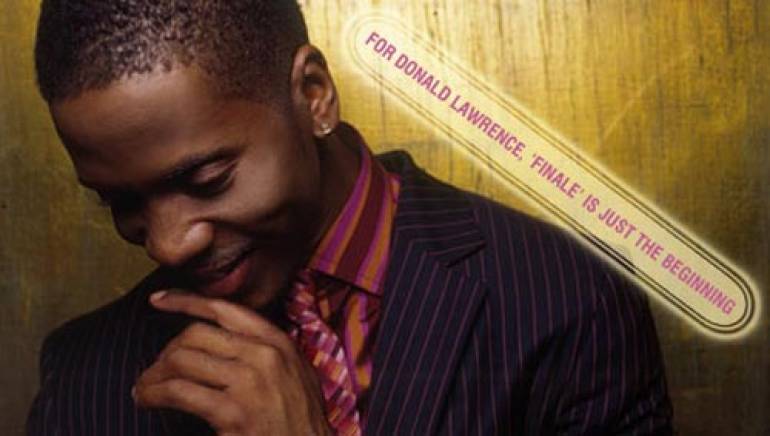 As a songwriter, producer, artist and record executive, Donald Lawrence is one of the gospel music community’s most accomplished talents. Thus far in 2006, he was the most awarded artist at the Stellar Awards, claiming six trophies, and he set chart records with the release of Donald Lawrence Presents Tri-City Singers Finale.

Though the release of Finale closes a successful chapter in Lawrence’s career, he’s not content to rest on his laurels. He will continue to record for Quiet Water Entertainment, an imprint he started in partnership with Jive/Zomba. He’s signed the Murrills and Dewayne Woods, and looks forward to nurturing new talent.

Of course, Lawrence has a great track record when it comes to working with talented acts. Before he took over the Tri-City Singers in 1991, Lawrence had spent nearly a decade producing and touring with Stephanie Mills. His credits also include working with Kirk Franklin, Peabo Bryson, Daryl Coley, the late Thomas Whitfield, En Vogue and Mary J. Blige.

The Tri-City Singers launched in 1981, taking their name from three Carolina cities their members called home: Gastonia, Spartanburg and Charlotte. When Lawrence took over, he brought a contemporary flair to the 35-voice choir’s music and stage presentation. Under his direction, the Tri-City Singers became one of the gospel music industry’s most respected choirs, issuing five groundbreaking albums such as A Songwriter’s Point of View, Bible Stories and Go Get Your Life Back.

Recorded live during two concerts last year in Atlanta, Finale consists of two double-disc sets, Finale: Act I and Finale: Act II. The project features performances by special guests Vanessa Bell Armstrong, Karen Clark Sheard and Walter Hawkins. The CD/DVD sets could be purchased separately or as a limited-edition box set. When they were released in April, they appeared on six separate Billboard charts, including the Heatseekers chart where Act I debuted at No. 2; the Christian Music Video chart, where Act I came in at No. 1; and the Top Gospel Albums chart, where Act I debuted at No. 4, Act II hit No. 5 and the Limited Collector’s Edition came in at No. 16.

So with such obvious hunger for what they had to offer, why would Lawrence pull the plug on the Tri-City Singers? “It’s bittersweet, but it’s time for us to transition,” Lawrence says. “There are a lot of acts inside the group that are getting ready to do things in the industry. Sometimes when you have something that is a comfort zone, the longer you hang onto it, you don’t move into the next phase.”

Lawrence admits part of the appeal in retiring the group now was the chance to go out on top. “I wanted us all to come together [to record the finale], then all retire and transition to the next phase,” says the man who won artist, producer and CD of the year at the Stellars. “I would rather do it while we’re on top than when we’re declining. We want to do it with class.”

For now he’s excited about launching the Murrills and Woods. “I want Quiet Water to stay a boutique situation,” he says. “My approach to doing a label is to create artists that act like record people and not like artists. I’m making everybody get their hands dirty like I had to get my hands dirty. They need to understand all the elements that you need and not depend on the record company for everything. I think that makes you a stronger artist.”