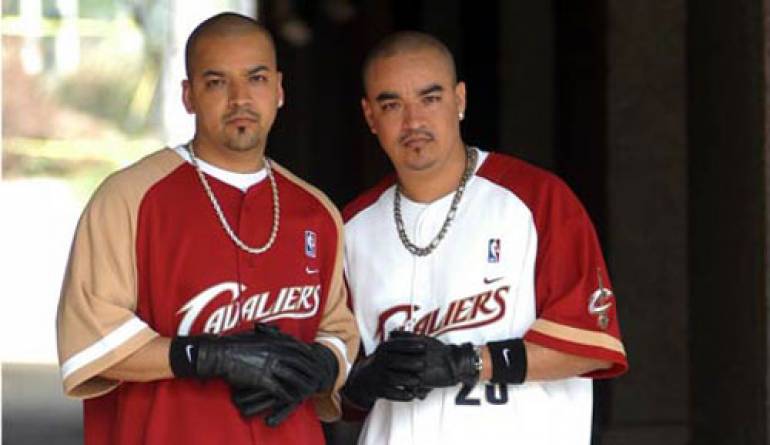 Fusing brassy regional Mexican Banda music to the urban beats of hip-hop, Mexican-born, Los Angeles-raised brothers Sergio and Francisco Gomez — Akwid — debuted with the Grammy-nominated Proyecto Akwid , selling over 350,000 units and winning top honors for Latin Rap/Hip-Hop Album of the Year and Regional Mexican Album of the Year at the recent Billboard Latin Music Awards in Miami. "I think we were surprised it happened so quickly," admits Sergio Gomez.

The brothers are veterans of a DJ crew, Juvenile Style, and fused their two nicknames, "Wicked" (Sergio) and "AK" (Francisco) into "Akwid." Says Sergio, "We didn't know how to sing, but we could rap, and could express ourselves without being so vulgar about it. Rap is categorized as violent, but we took it and turned it into something else, a new genre: Regional Mexican."

This fusion follows a thriving bicultural/bilingual through line that extends from the streets of Los Angeles to the centers of emerging urban culture in other cities, but the brothers are modest about their roles as originators. "I didn't know if you can call our music an invention," qualifies Francisco, "it was something that was very natural for us. No one had actually connected to the generation who came to the U.S. from Mexico. It's been cool for the kids."