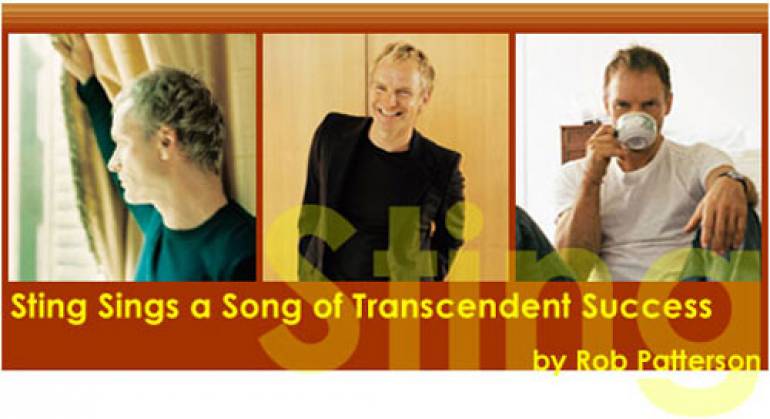 Sting may be known by a short, simple and resonant name, but he is a man with many facets. He is an international superstar as well as a devoted husband and father of six children. He came to fame on the frothing wave of punk yet has come to be hailed as one of the most musically sophisticated pop musicians of our day. Though best known as a singer, musician and songwriter, he has also made his mark as a stage and screen actor and fervent activist. It's a diversity that Sting says he enjoys.

"I get solace from the fact that whoever Sting is, he seems to be sending out mixed signals. There seems to be a great disparity between the extremes people see in me. On the one hand, I'm a rainforest-tree-hugging savior. On the other, I'm this sort of lowlife. I like to think that I'm able to encompass both ends of the scale. I don't really worry about it. I know who I am, the people who share my life with me know who I am, and despite that, they still love me."

He is also beloved by millions for the frequently transcendent quality of his songs. And one reason why Sting connects so effectively is that his creativity is guided by some very basic human qualities and motivations. "Songwriting is painful, but it's also therapeutic. A songwriter uses songs to process experiences or emotions such as loneliness, sadness, loss or joy. The rules of songwriting — three verses and a middle eight — force you to develop your idea, to find a light at the end of the tunnel by the third verse. If you don't do it, your plight is just circular. This is probably true in life, too."

Yet for all his consciousness of his craft, Sting believes there's a mystical element that governs songwriting. "Songs just kind of grow," he notes. "You get a little seed idea and it's almost like a DNA code that comes into play as the limbs grow, verses grow, and a bridge and a chorus grows. And it plays this code, like the DNA. And basically, as a songwriter, you actually only monitor it and control it. You don't produce it. It's kind of mysterious, and no matter how much credit you take for it you're the agent. And I'm not really sure how the process works."

It has certainly worked well for Sting, however the process unfolds. He was recently inducted into the Rock & Roll Hall of Fame as a member of The Police, and has won 16 Grammy Awards. He has also earned numerous BMI Awards, scored in the Emmy Awards and Golden Globes and been nominated for Academy Awards, as well as winning the U.K.'s prestigious Ivor Novello and Brit Awards. And he has also been awarded the devotion of the many millions of fans who have bought his albums and concert tickets.

Yet for all the seeming savvy it might take to reach such lofty career heights, Sting insists that it's the result of going with what his gut feelings tell him is best. "Do I really know about the business? I know enough to trust my own instincts and not really worry about what is contemporary or what's happening or whatever. I just do what I do. I do what I enjoy doing. I don't really compromise very much, and I'm very fortunate to still have a career despite that."

With his ninth solo album due in the fall of 2003, to be followed by an international tour, Sting refuses to rest on his laurels and even reflect on his accomplishments. "I don't often look back at my work and ponder its significance. . . . You might find that difficult to believe, but I don't," he concludes. "I'm too worried about what I'm going to do next."