Posted in MusicWorld on October 31, 2000 by Martin Huxley 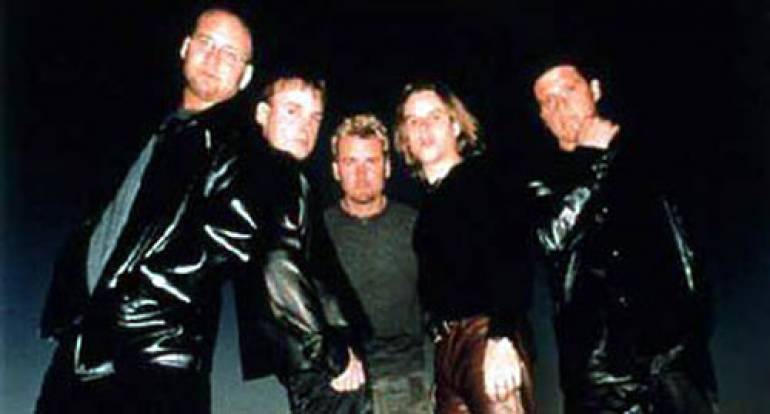 Sister Hazel's new album Fortress is the long-awaited follow-up to the Gainesville, Florida quintet's million-selling 1997 release Somewhere More Familiar. The band (which borrowed its moniker from a local evangelist) made its recording debut with a self-titled, self-released 1996 effort on its own sparsely distributed label. That disc's indie success led to the band signing with Universal the following year and releasing the million-selling Somewhere More Familiar, which the band had originally recorded independently, and which spawned the hit singles "Happy" and "All for You."

As Block recently admitted to The Gainesville Sun, "We wanted somebody that had made some big-sounding records to capture the energy that our indie records didn't have. We were hungry to make a real record."

All of the participants seem to agree that the extra effort was worth the trouble. "I've seen a lot of bands go in and try and get their live sound on a disc, and it didn't happen," says Copeland. "We got lucky this time and were able to capture that."

Indeed, several of Fortress's tracks introduce new stylistic elements to the bluesy, melodic folk-rock sound the band established on its debut. "Change Your Mind" and "Surreal" mix slashing, metallic riffs and subtle melodies, while "Beautiful Thing" introduces an airily acoustic approach. The waltz-time "Champagne High" (with guest vocals by Indigo Girl Emily Saliers) underscores its prettiness with an unmistakable lyrical sting, and the epic yet introspective title track reflects on the darker side of the band's experiences with fame and success.

As Copeland told The Album Network, "We've matured as musicians and songwriters... It's a new and improved Sister Hazel."