Posted in MusicWorld on November 30, 1999 by Martin Huxley 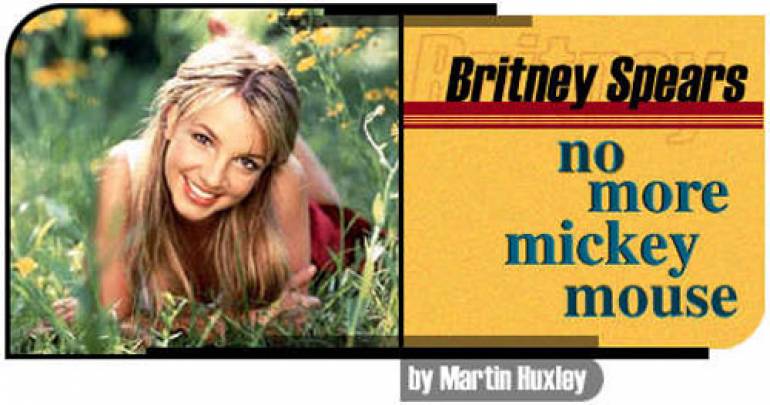 Having recently celebrated the milestone of 10 million worldwide sales for her breakthrough debut album ...Baby One More Time, Britney Spears's claim to her status as the reigning Queen of Teen is stronger than ever.

The bubbly ex-Mouseketeer, who turns 18 this month, is perhaps most visible stars of the current teen-pop explosion. She's also the youngest female in pop history to have a simultaneous #1 single and album on the Billboard charts - in the album's first week of release, no less. ...Baby One More Time - produced by Swedish pop mastermind Max Martin (Backstreet Boys, Ace of Base, Robyn) and Eric Foster White (Whitney Houston, Hi-Five, Boyzone) - has spawned three ubiquitous smashes in the title song, "Sometimes" and "(You Drive Me) Crazy," and the artist's popularity shows no sign of slowing down.

Britney's current stardom is the fulfillment of a lifelong affinity for show business. Growing up in Kentwood, Louisiana, she was already singing and dancing at the age of 2, miming to the Mariah Carey and Whitney Houston hits she heard on the radio. After spending much of her early childhood performing in talent shows, church choirs and gymnastics competitions, she studied at New York's Professional Performing Arts School, acted in TV commercials and the off-Broadway play Ruthless, and competed on TV's Star Search. At the age of 11 she began a two-season stint as a regular on TV's Mickey Mouse Club, alongside such future Felicity star Keri Russell and 'N Sync members-to-be Justin Timberlake and JC Chasez. After The Mickey Mouse Club was canceled in 1994, Spears began hatching plans for a recording career, and the rest is pop history.

The young star seems to be taking her current status as much-emulated idol in stride. As she stated in an interview with Rolling Stone, "You want to be a good example for kids out there and not do something stupid."

"I love performing more than anything," she recently told Billboard. "It's nice to know that after all this hard work, people really appreciate it. It's a really good feeling."