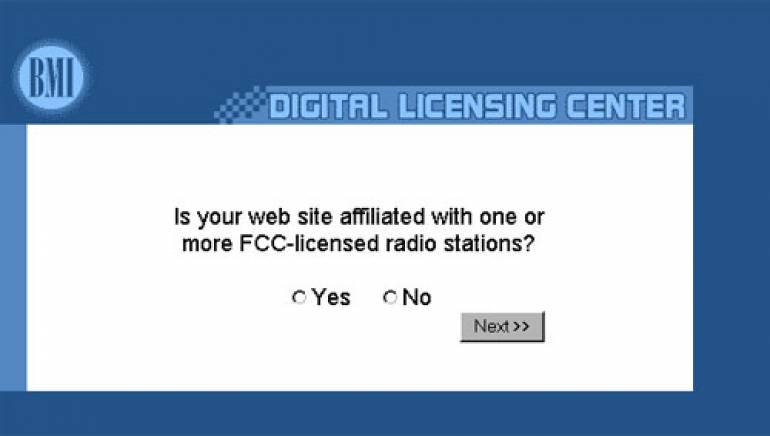 BMI has announced the opening of its new Digital Licensing Center (DLC), a new component of the company’s Horizon Project, which was launched last spring. The DLC is the first totally digital music copyright licensing system for Internet sites.

Aimed at making it easier for smaller Internet site owners or managers to gain legitimate access to the rights of BMI’s repertoire, the DLC is an end-to-end “click-through” electronic licensing system that greatly facilitates the process of obtaining a license for performance of BMI music on the web. Located on the BMI website at bmi.com/dlc, it will eliminate the need for paper contracts and reporting, as sites will report their use of BMI music through an Internet based FTP (file transfer protocol) system.

In conjunction with the DLC, BMI has also instituted a new reduced fee structure for low revenue-producing sites. The new fee structure maintains the percentage of revenue option for larger sites and provides a grid of minimum fees to make it easier for small sites to compute and pay license fees.

The Digital Licensing Center is the next step in BMI’s Horizon Project, the company’s multifaceted technology initiative that encompasses 12 major programs designed to transform the relationships with BMI customers, songwriters and music publishers using a set of proprietary digital tools. Other BMI digital licensing initiatives include the BMIMusicBot, an Internet search and database tool released in 1997, and BMI’s Internet-based digital airplay reporting system for radio stations, dubbed “Electronic Music Reporting” or EMR. BMI signed the first-ever agreement for the performance of copyrighted music on the web in April 1995.