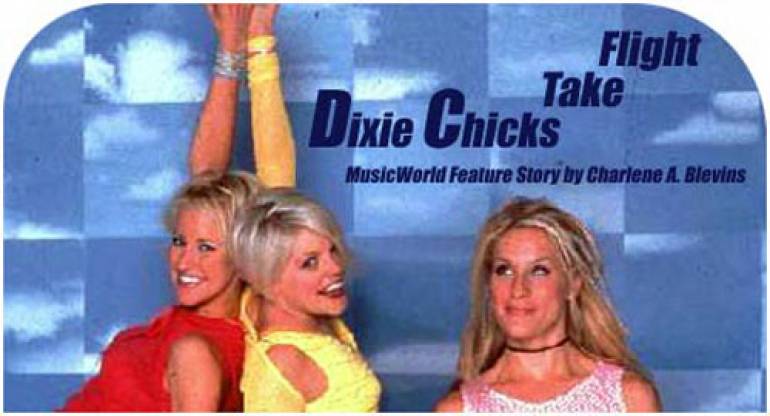 Who says chickens can't fly? If you're the Dixie Chicks, you can. In 1999 and so far in 2000, they've amassed more than two dozen "best of" awards. From a Grammy for Best Country Album to the British CMA for Best International Group, the sassy Texas trio can do no wrong. And they're doing a lot.

They've graced the cover of nearly every major consumer magazine and had feature stories in others. They've appeared on just about every talk and musical variety show, and, of course, have been all over the radio. They've appeared in irreverent print ads for Candie's, silly barnyard scenes for "Got Milk?" They've sung songs about living a loose lifestyle ("Sin Wagon"), and murder ("Goodbye Earl"). Last year they opened for George Strait and Tim McGraw, and played 20 Lilith Fair dates, winning over a primarily pop audience with their cowgirl empowerment.

That's because underneath all the flashy costumes, high-spirited stage hi-jinx and jaw dropping - if admirably honest - innuendo, is a group of substantial musicians and entertainers who revel in pushing the envelope. Natalie Maines' ebullient vocals and devil-may-care personality coupled with the world-class musicianship of sisters Martie Seidel and Emily Robison make for an eclectic musical tour de force.

Maines moved to L.A. to be near her husband, Adrian Pasdar. Robison moved to San Antonio where she set up housekeeping with her new husband, Charlie Robison. The two spent much of the time "clearing a place on my husband's ranch where we're going to build a house," she says, "pulling out stumps, burning brush piles." Seidel lives in Nashville, and spent most of her vacation writing. "I've experienced so much in the last year, personally," she says. "I have a lot to get out and get down on paper." Seidel's pen has already yielded considerable success. Two cuts on the multi-platinum Fly were her co-writes with Marcus Hummon: "Ready To Run" and "Cowboy Take Me Away." Robison has two co-writes on Fly, Maines, three.

The Chicks plan to continue their songwriting while on the road this year, and are trying to create a conducive writing space by taking a 16-track board and recorder with them on the Fly tour, which kicked off June 1 in Winnipeg to an SRO crowd.