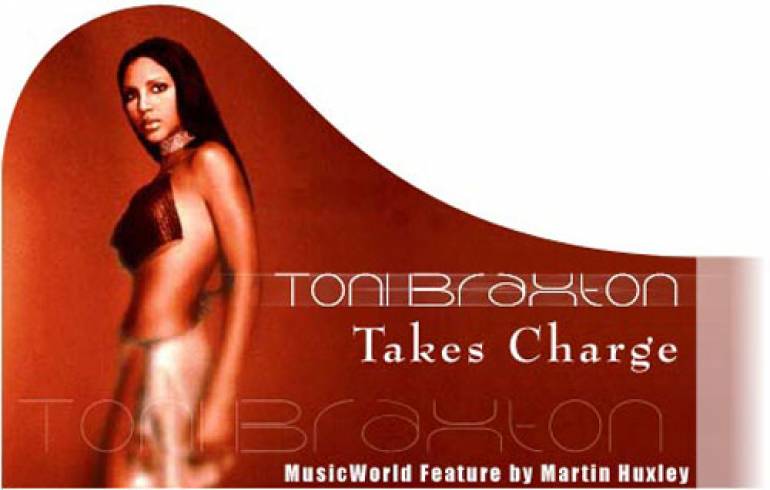 Toni Braxton's third album, The Heat, is not only the five-time Grammy-winner's first album in four years, it's also something of a personal milestone. On it, the sexy R&B diva takes a more hands-on role, writing or co-writing eight out of 12 songs and producing or co-producing five tracks.

"My vision," she explains, "was to have a lot more say in the writing and production for the album. For my first two albums, I had a great teacher in Babyface. I felt it was time to branch out and show what I could do."

Braxton, the daughter of a Methodist minister, grew up with four younger sisters and a younger brother in Severn, Maryland. As a child, she wasn't allowed to listen to secular music, but singing in the church choir made her decide to pursue a musical career. After brief stints as a secretary and a court reporter, she formed a vocal group, the Braxtons, with three of her sisters. Her membership in that foursome led to an acquaintance with hitmaking producers L.A. Reid and Kenny "Babyface" Edmonds, who offered her a solo deal with their label, LaFace.

The Heat mixes the sort of breathy torch songs that dominated Braxton's nine-million-selling self-titled 1993 debut album with the more up-tempo direction of her 1996 follow-up, Secrets. While the new album includes several examples of what the artist calls "official Toni Braxton baby-making songs," it also presents her at her most assertive on "Just Be A Man About It," which features a guest appearance by Dr. Dre.

The new album also features contributions from such noted producers as Keri Lewis of Mint Condition, who co-produced "Speaking In Tongues," "The Art of Love" and "The Heat" with Braxton. Renowned hitmaker Rodney Jerkins oversaw the album's first single, "He Wasn't Man Enough," while "Gimme Some" (which features TLC's Lisa "Left Eye" Lopes) and the acoustic "Fairy Tale" were produced by Babyface. The tender ballads "Spanish Guitar" and "I'm Still Breathing" were produced by David Foster.

The new album is Braxton's first since she resolved certain difference with LaFace and its corporate parent, Arista, in late 1998. It was at around the same time that Braxton became the first African-American performer to play the female lead in the Broadway production of Beauty and the Beast, a project that she says "really helped my self-esteem and gave me a chance to get my life moving again."

"I've been taking control of my life and I'm being responsible for what happens in my career," Braxton says, adding that The Heat "shows the positive direction I'm feeling in my life."