Posted in MusicWorld on September 30, 2000 by Danny Proctor 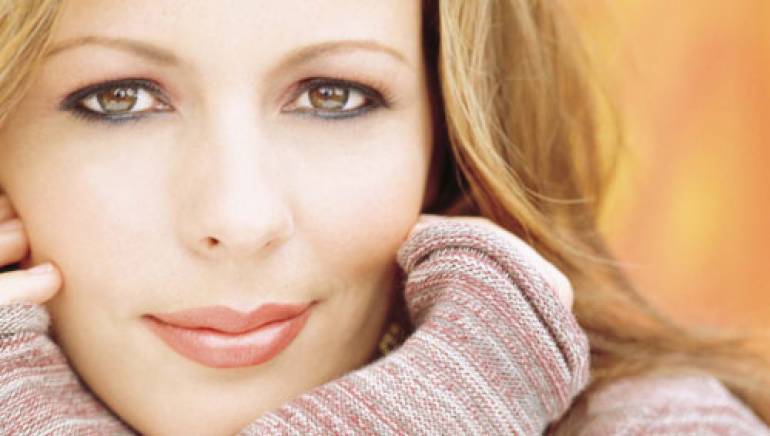 For Sara Evans, music has always revolved around her family. She began playing mandolin in her family’s bluegrass band at age four. So, when it came time to record the songs for her third RCA album, Born to Fly, Sara looked no further than her family tree.Sisters Ashley Evans Simpson and Lesley Evans Lyons, and sister-in-law Melody Ann Schelske provide background vocals on most of the songs. “This album is packed full of harmonies,” says Sara. “I wanted that type of sound. I loved working on the arrangements for the harmony vocals with my sisters. It made me feel that much more of an artist.”

Sara also asked friends Ricky Skaggs, Kim Richey, and Randy Scruggs to lend their talents to the new album. For a cover of “Every Little Kiss,” she brought in its writer, Bruce Hornsby, to play piano. “It was magical. He’s such a genius. He tried to be all humble and said, ‘I don’t know if I can play this song in this key.’ Then he sat down and played the most beautiful intro. You can hear it on the record. It was a one-take thing.”

As a songwriter, Sara contributed six of the album’s 11 songs. “After I had the baby last August, I took some time off,” she notes. “Then when I started feeling like it, I started writing. I was excited about writing because I was so emotional after having the baby. Not a post-partum depression-type emotion, but because I was so happy. I felt so fulfilled and happy about life and had so much I wanted to say. I took two or three writing appointments a week and ended up writing about half the songs on this record. ‘Born to Fly’ was the first song I wrote after the baby. I wrote that with Marcus Hummon and Darrell Scott.

“There were so many songs by other people that I loved that I felt I had to record. I’m so critical of my own songs and always think other people’s songs are going to be better than mine. But everyone wanted me to keep my songs on there. I’d write a song and then do a little demo and get together with Paul Worley, my producer. He kept loving everything I brought to him.”