Posted in MusicWorld on July 31, 2001 by Lauren Sparks 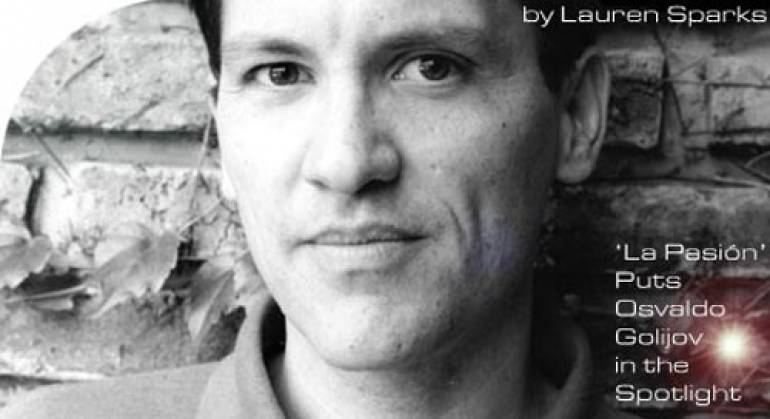 A classical piece celebrating Bach by employing the modern sounds of the rumba, tango, and other Latin American genres contradicts itself as much as the Eastern European, Jewish composer from Argentina living in the United States, who wrote it. However, Osvaldo Golijov has proved both paradoxes can exist and, better yet, thrive. Born in La Plata, Argentina, this 40-year-old has studied with some of the most prominent contemporary composers in the field, including Gerardo Gandini in Argentina, Mark Kopytman in Jerusalem and George Crumb in Philadelphia. He has written a number of pieces for important groups like the Kronos Quartet and the St. Lawrence String Quartet, but it his recent work, La Pasión Según San Marcos, that is receiving the most acclaim.

Commissioned by Helmuth Rilling for the Passion 2000 Festival, which commemorated the 250th anniversary of Johann Sebastian Bach's death, Golijov's work received a 20-minute standing ovation in Stuttgart and a similar response in Boston. The union of a beautiful classical structure with the earthy, everyday sounds, instruments, and voices of Latin America and Africa creates a true, humanistic interpretation of the Gospel of St. Mark and helps to explain such a fantastic response.

But the kudos don't end with La Pasión. Golijov has received numerous awards and honors for his other works, including first prize at two Kennedy Center's Friedham Awards, France's Diapson D'Or, the Chamber Music Society of Lincoln Center's Stoeger Prize for Contemporary Music, the BMW prize from Munich Biennale, and numerous commissions from respected orchestras and music groups. In addition to composing awe-inspiring works, he currently serves as an Associate Professor at College of the Holy Cross and as a faculty member at the Boston Conservatory and the Tanglewood Music Center. This next season he will assume the position of Composer-in-Residence for the Los Angeles Philharmonic.

While Golijov is working on a number of pieces, his most recent work can be seen in the movie The Man Who Cried, released this June and starring Christina Ricci, Cate Blanchett, Johnny Depp and John Turturro.