Posted in MusicWorld on October 31, 2000 by Xandra Uribe 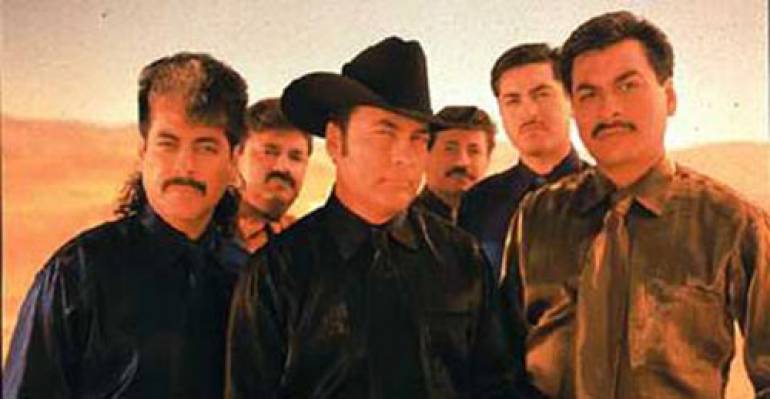 Best Norteño Performance Grammy winners, Los Tigres del Norte are the longest-running and most influential group in the history of the genre. Their controversial corridos have had the public going wild for more than 30 years.

It all began in 1968 when Eduardo Hernandez, a farmer in Rosa Morada, Mexico, was injured and left permanently unable to work. Jorge, the oldest of the five Hernandez brothers, decided that they would play music to help the family financially. One day, after playing in the border town of Mexicali, they were hired to perform at a dance in San Jose, California. They were so successful that they decided to move there, and it remains their permanent base.

The first man to believe in the "little tigers" (the nickname they got from an immigration official when crossing the border) was Arturo Walker, a businessman who was starting his own record label, Discos Fama. In that same year, Los Tigres del Norte were signed and recorded their first album.

Since then, the band has had an unbroken string of successes. Los Tigres del Norte have recorded more than 55 albums and have earned both gold and platinum records. They have appeared in more than 20 movies and have sold more than 30 million records worldwide.

Their album, America Sin Fronteras, was the first album to obtain a Grammy in the Regional Mexican Music category in 1987. They have received 12 other Grammy nominations and were the first Mexican group to perform at the American Music Awards. In 1993, they set concert attendance records when 200,000 people showed up for their concert at the Los Angeles Sports Arena.

A large part of their success is due to their songwriting, known for expressing the feelings of the people. They sing about different types of frustration, from heartbreak to unconformity within the government. Their renowned corridos depict timeless stories of the Mexican people and culture, and also talk about the lives and feelings of Hispanic immigrants in the United States.

Their latest CD, De Paisano a Paisano, includes several songs about these struggles and contain lyrics which are highly critical of both the Mexican government and of the legal issues concerning the U.S./Mexican border. But that is precisely what the corrido is about. And it is here to stay, according to Jorge: "The corrido has always been popular in Mexico. As long as there are stories about individuals trying to fight injustice, the corrido will be with us."

Los Tigres del Norte's popularity goes well beyond Mexico and the U.S., with fans all over the globe, from Central and South America to Japan, France and Spain. Nicknamed "Los Idolos del Pueblo" (Small Town Idols), they have been honored with "Los Tigres del Norte National Day" here in the U.S. and a street in Chicago that carries their name.