A special highlight of the gala evening featured the presentation of the BMI ICON Award to "The Godfather of Soul" James Brown in recognition of his contributions to music and the music business. He was honored during the dinner with an all-star musical tribute produced by Dallas Austin, Rodney Jerkins and Pharrell Williams that featured Angie Stone and Betty Wright, among others. With songs like "Papa's Got a Brand New Bag,"tI Got You (I Feel Good)" and "Please Please Please", Brown has more honors attached to his name than any other performer in music history. His BMI accolades include an impressive ten R&B Awards, six Pop Awards and three "Million-Air"awards, denoting one million or more performances. 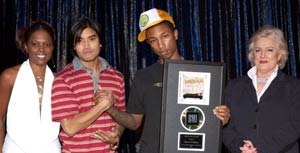 The Songwriter of the Year trophy, shared this year by six, is given to the writer having the most songs on the BMI awards list for the evening. They are: Irv Gotti and Ja Rule for "I'm Real"(Jennifer Lopez featuring Ja Rule) and "Put It On Me"(Ja Rule featuring Lil' Mo and Vita), Jay-Z for his song "Izzo (H.O.V.A.)" and "Fiesta"(R. Kelly featuring Jay-Z), R. Kelly also for "Fiesta" and "Contagious" (Isley Brothers featuring Ronald Isley), Pharrell Williams for "Danger (Been So Long)"(Mystikal featuring Nivea) and "Southern Hospitality"(Ludacris) and Mario Winans for "Emotional" (Carl Thomas) and "Peaches & Cream"(112). 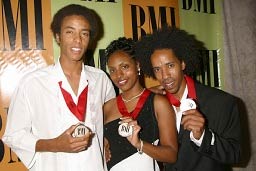 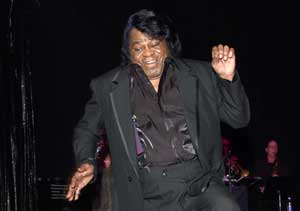 Song of the Year "All For You," written and performed by Janet Jackson and published by Black Ice Publishing, is from the pop diva's Grammy Award-winning album of the same name. Released in the spring of 2001, the title track went straight to the top of the Billboard Hot 100 chart, bringing Jackson's total career #1 hits to ten. 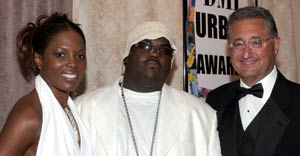 EMI Music Publishing, which had the highest percentage of ownership in award-winning songs, picked up its second consecutive Urban Publisher of the Year award. This is the twelfth top BMI Publisher honor awarded to EMI since 1989 in all genres of music. Other multiple award-winning publishers included Zomba Songs Inc. with three songs, and D J Irv Publishing, Ensign Music Corporation, Lil Lu Lu Publishing, R. Kelly Publishing, Inc., Slavery Music, Songs of Universal, Inc. and Waters of Nazareth Publishing with two songs each. 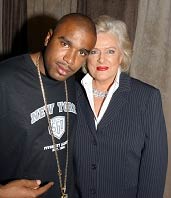 In addition to the song and publisher awards, music trade magazine Billboard announced the names of the BMI-affiliated writers who had #1 songs on the R&B/Hip-Hop and Rap charts during the past year. Rapper CAM'RON was among the double winners, as were two of the evening's top honorees, Irv Gotti and Pharrell Williams. The BMI Urban Awards were held to coincide with Billboard's R&B/Hip Hop Conference and Awards, also in Miami from August 7-9. 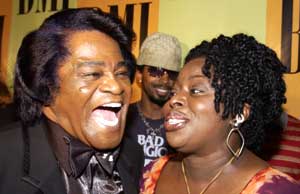 James Brown and Angie Stone, who performed "It's A Man's Man's Man's World" in his honor, share a laugh

BMI annually honors the songwriters and music publishers of the most performed songs on American radio in the urban, pop, country, Latin and Christian genres.


Below is the complete list of 2002 BMI Urban Awards winners: