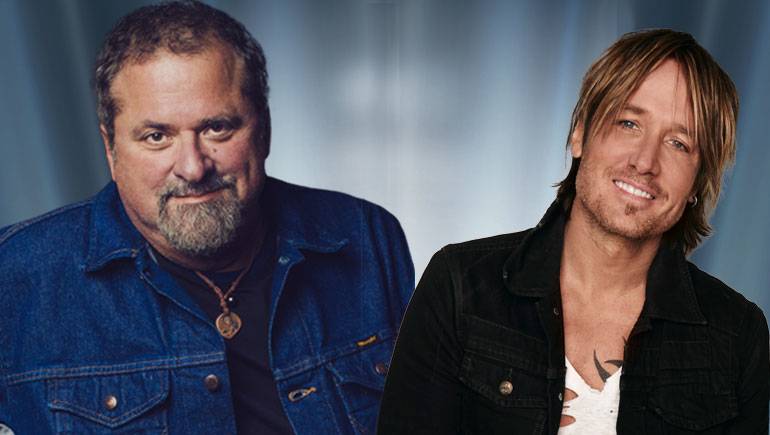 BMI will celebrate the extraordinary career of Bob DiPiero by naming him a BMI Icon at the 65th annual BMI Country Awards. DiPiero will receive this honor in recognition of his unique and indelible influence on generations of music makers over the past 38 years. The event will be held Tuesday, November 7, at BMI’s Nashville office and will be hosted by BMI President and CEO Mike O’Neill and Jody Williams, BMI Vice President, Creative, Nashville.

“Since the early 80’s, Bob DiPiero, and his songs, have been a consistent and potent influence on country music,” said Williams. “He is a quintessential professional whose work ethic is matched only by his love of life, his fellow songwriters, and his beautiful wife, Leslie. He’s a mentor, a friend, and world-class songwriter. He’s the embodiment of a BMI Icon.”

BMI will also present multiple GRAMMY, CMA and CMT Award-winning singer-songwriter Keith Urban with the BMI Champion Award. He will receive this honor for his work in supporting the next generation of songwriters and music makers, as well as his tireless commitment to numerous music education programs such as the CMA Foundation, the GRAMMY Foundation, the Mr. Holland’s Opus Fund, MusiCares, and others. Urban’s “All For The Hall” benefit concerts have raised more than $2.6 million for the Country Music Hall of Fame and Museum, and since 2013, the proceeds from his new URBAN™ Guitar Collection have benefited both the GRAMMY Foundation and Mr. Holland’s Opus Fund.

“Not only is Keith Urban one of the most talented and prolific songwriters in the industry, but he’s also a true humanitarian,” said Williams. “The BMI Champion Award recognizes his contributions to the music community and his tireless efforts to bring attention to important causes that directly affect the next generation of songwriters.”

Throughout the evening, the private event will also salute the songwriters, publishers and administrators of the past year’s most-performed country songs in the United States from BMI’s repertoire of nearly 13 million musical works. The BMI Country Song, Songwriter and Publisher of the Year will also be named during the ceremony.

Since first moving to Nashville in 1978, Bob DiPiero has been responsible for an uninterrupted string of country music hits. He’s written over 1,000 songs that have been recorded by top country artists beginning with his very first cut, which he penned himself, “I Can See Forever In Your Eyes” by Reba McEntire. His first number one came in 1983 with “American Made” by The Oak Ridge Boys. The song later became a national ad jingle for Miller Beer, as well as Baby Ruth candy bars. Since then, DiPiero has received many accolades including 50 BMI Million-Air Awards for his country radio staples such as “American Made” (Oak Ridge Boys),”Gone” (Montgomery Gentry), “Worlds Apart” (Vince Gill), “The Church On Cumberland Road” (Shenandoah), “Daddy’s Money” (Ricochet), “Blue Clear Sky” (George Strait), “You Can’t Take the Honky Tonk Out Of the Girl” (Brooks & Dunn), “There You Are” (Martina McBride) and “Southern Voice” (Tim McGraw).

Other major awards include two CMA Triple Play awards in 1995 and 1996, a BMI Country Song of the Year in 1995 for “Wink,” performed by Neal McCoy and a Country Radio Music Award for Song of the Year in 1997 for “Worlds Apart,” performed by Vince Gill. In 1998, DiPiero was named Songwriter of the Year at the Nashville Music Awards, and in 2007, he was inducted into both the Nashville Songwriters Hall of Fame and Nashville’s Walk of Fame. The Country Music Hall of Fame honored him with their prestigious “Poets and Prophets Series: Salute to Legendary Songwriter Bob DiPiero” in 2014. That same year, the Country Music Association presented DiPiero with the CMA Chairman’s Award in recognition of his outstanding contributions to the music industry and songwriting community.

Keith Urban’s reputation as a premier songwriter, vocalist, musician and virtuoso guitarist has afforded him the opportunity to collaborate with the likes of The Rolling Stones, John Mayer, Miranda Lambert, John Mellencamp, Carrie Underwood, Tim McGraw, Taylor Swift, Vince Gill and Eric Church, to name a few. Throughout his illustrious career, he’s earned four GRAMMY Awards, ten Country Music Association Awards, eleven Academy of Country Music Awards, an American Music Award, and a People’s Choice Award. Urban was also nominated for a Golden Globe, is a member of the Grand Ole Opry and remains the only country artist to have ever served as a judge on American Idol.