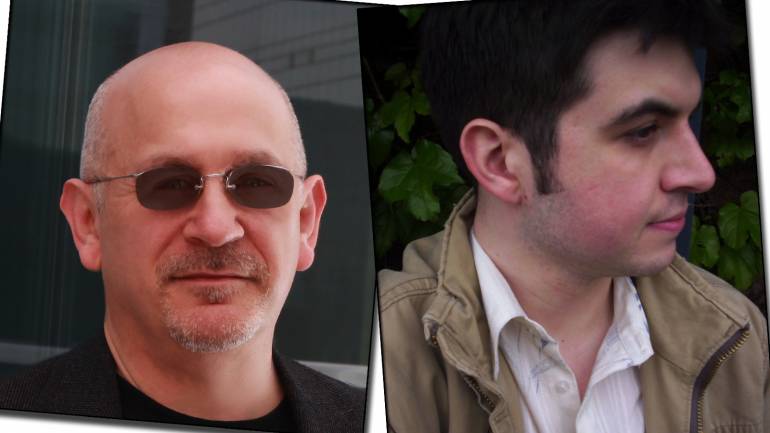 Congratulations to BMI composer Mathew Rosenblum for his 2013 Fellowship from the John Simon Guggenheim Memorial Foundation in the field of Music Composition. The prestigious Guggenheim Fellowships are awarded to candidates showing extraordinary promise for the future based on past achievements. Rosenblum’s current projects include a commission from the Pittsburgh Symphony Orchestra (premiere date Feb. 7, 2014), a CD release on the BMOP/sound label featuring the Boston Modern Orchestra Project and the Raschèr Saxophone Quartet (release date July 2, 2013) and a Barlow Endowment commission written for the Pittsburgh New Music Ensemble and Lindsay Kesselman. The latter is based on the James Dickey poem “Falling” that traces a flight attendant’s plunge from an airplane (documented in a New York Times article) and kaleidoscopically details her intense psychological and physical journey to the ground (premiere date July 19, 2013).

Congratulations also to Dan Visconti who is the recipient of the coveted 2013 – 2014 Samuel Barber Rome Prize for musical composition. Visconti’s recent achievements include a multi-year residency with opera companies including Seattle Opera, Opera Theatre St. Louis, New York City Opera, the Glimmerglass Festival and the Metropolitan Opera as recipient of the Douglas Moore Fellowship in American Opera. In 2013, he will serve as composer-in-residence at the soundSCAPE festival in the Italian Alps, where he will lead composers and performers in the creation of new works and compose a new work for soprano Tony Arnold and the festival ensemble. Beginning in the 2013-14 season, he will serve as composer-in-residence of Chicago’s Music in the Loft series. His Rome Prize Fellowship includes a stipend, a study or studio, and room and board for a period of six months to two years in Rome to continue his exceptional musical journey.