Posted in MusicWorld on October 15, 2006 by Bruce Britt 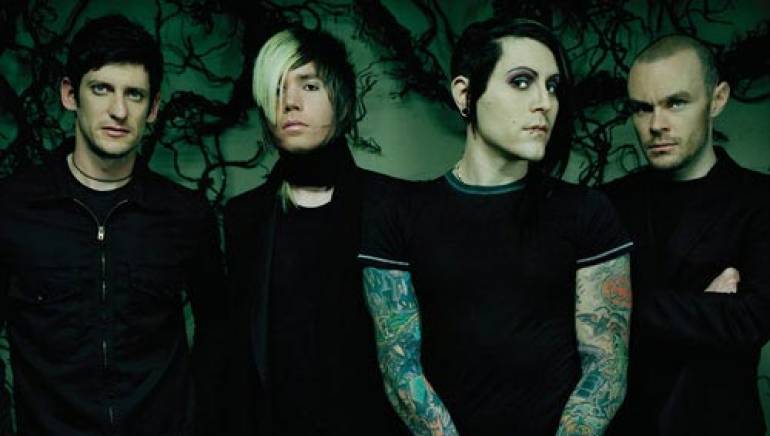 With the release of their seventh album, decemberunderground, AFI stakes its claim as standard-bearer on the resurgent goth-punk scene.

A full two years in the making, the new album teams the Ukiah, CA band with producer Jerry Finn (Green Day, Blink 182). Together, they have produced a recording that combines the band’s retro-punk and new wave proclivities with Finn’s heavy-rock sensibilities. Tracks like “Love Like Winter,” “Miss Murder,” “The Interview” and “Endlessly, She Said” possess a tragic, poetic lilt that evokes both old Europe and contemporary America.

“There’s a lot more attention to detail on this record,” says guitarist Jade Puget. “We spent a long time writing it. We refused to rush ourselves. We took our time not just on every song but on each guitar part, each vocal, each bass line. We definitely didn’t rush into the studio.”

Formed in 1991, AFI (an acronym for “A Fire Inside”) toiled for years in the shadows of the rock underground. Independently produced albums like Shut Your Mouth and Open Your Eyes, A Fire Inside, Black Sails in the Sunset and The Art of Drowning were acclaimed for their mix of dark romanticism and pure punk fury. The band’s line-up evolved over the years to include founding members Puget, vocalist Davey Havok, bassist Hunter Burgan and drummer Adam Carson.

AFI struck paydirt in 2003 when they signed with the now-defunct DreamWorks Records and released the breakthrough album, Sing the Sorrow. The disc debuted at No. 5 on the Billboard 200 Albums chart, netted the band a 2003 MTV2 Viewers Choice Award, and earned accolades from such august publications as The New York Times, Spin, Revolver and Alternative Press. USA Today named “Girl’s Not Grey” one of the top singles of 2003.

Sing the Sorrow sold over a million copies and helped make AFI goth/emo forerunners. “I was completely in awe then and still am now,” says Burgan of the band’s success. “It all seemed to have come naturally from our efforts andhonestly that’s really hard for me to comprehend.”

A similarly surprised Puget is philosophical: “As long as you make the record you want, sales don’t matter. We have our music and our fans. Everything else is subject to the whims of the marketplace.”