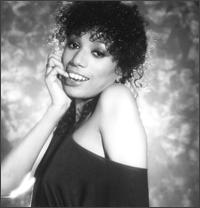 BMI artist June Pointer, youngest of the four Pointer Sisters whose hits included "Jump (For My Love)," "He's So Shy," "Slow Hand" and "I'm So Excited," died April 11 of cancer. She was 52.

She and her three sisters -- Ruth, Anita and Bonnie -- learned to sing at the church in West Oakland, Calif., where their parents were ministers. They began as a quartet in the 70s and become a trio when Bonnie left to pursue a solo career.

Their 1973 debut, The Pointer Sisters, featured their first hit, "Yes We Can Can," a cover of an Allen Toussaint song. Two years later they topped the R&B charts with "How Long (Betcha' Got A Chick on the Side)."

Their second album, 1974's That's A Plenty, included the country tune "Fairytale," which led to a Grammy for Best Country Vocal Performance by a Group, the first of three in their career. Thanks to "Fairytale," the Pointer Sisters became the first black female group to sing at Nashville's Grand Ole Opry. The song was later covered by Elvis Presley.

1984's Break Out, the group's most successful album, included the Grammy Award winners "Jump (For My Love)" and "Automatic," as well as the hit "Neutron Dance," featured in the film Beverly Hills Cop.

June also released two solo albums -- Baby Sister in 1983 and a self-titled album in 1989. Both had singles on the R&B charts, but neither won her the success she achieved as a member of the Pointer Sisters.

In addition to her three sisters, June Pointer is survived by two brothers, Aaron and Fritz, 15 nieces and 10 nephews.