Posted in MusicWorld on August 2, 2005 by Rob Patterson 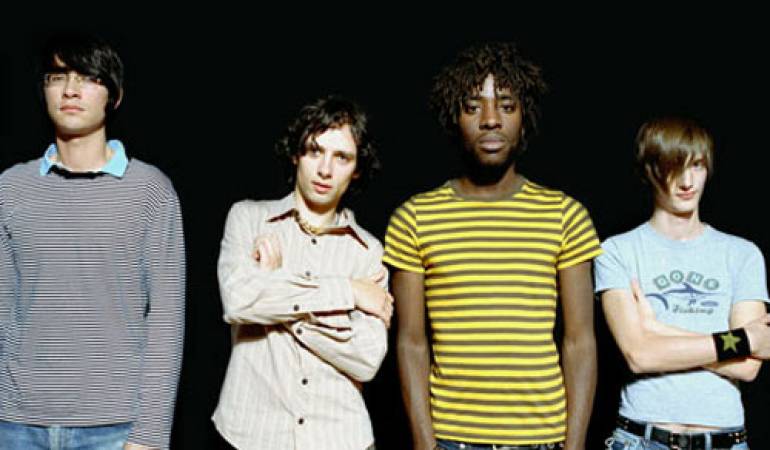 Here amidst the latest British invasion, some four decades after the first, one of the hottest prospects is the South London foursome Bloc Party. And that buzz is merely on the strength of their debut album, Silent Alarm , which has also been nominated for England's prestigious Mercury Prize. Not bad for an act with only a few years on the London scene under its belt before hitting the States with a bang.

The band began, rather fittingly, when guitarist and singer Kele Okereke was introduced to guitarist Russell Lissack at England's Reading Festival by mutual friends. The two discovered they also had many musical passions in common, and started a band that came to include bassist Gordon Moakes and drummer Matt Tong. Initially playing under the names Angel Range and Union before settling on Bloc Party in 2003, the group started catching attention with a demo they released that year.

It caught the ear of another rising band that Okereke sent it to, Franz Ferdinand, who took Bloc Party under its wing and had them open some shows. With a sound that mixes punk and pop with a danceable feel, Bloc Party is among the many bands reasserting 1980s values in today's music.

With a second album on the way soon, Bloc Party is thrilled by its success but still keeping its collective eye on the ball. "It's something that's still quite a novelty really, reading about yourself in the press, so it's kind of exciting. But nobody in the band takes it seriously," says Okereke. "We've got to keep writing songs and performing well."