Posted in News on September 29, 2004
Legendary BMI songwriter and recording artist Loretta Lynn will be honored as a BMI ICON at the performing rights organization's 52nd annual Country Awards. The gala awards and dinner will be held November 8 at BMI Nashville's Music Row offices. 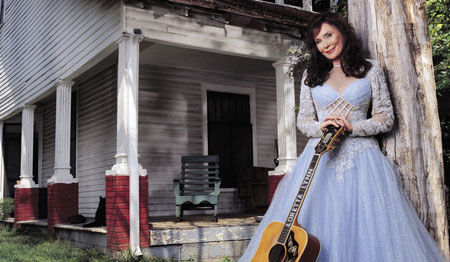 Lynn, a member of the Country Music Hall of Fame and the Nashville Songwriters Hall of Fame, will be saluted for her "enduring influence on generations of music makers."

The annual BMI Country Awards recognize the songwriters and publishers of the 50 most performed songs of the past year. The ceremony will culminate in the announcements of Songwriter of the Year, Publisher of the Year, and Most Performed Country Song of the Year (the Robert J. Burton Award). BMI President & CEO Del Bryant, President Emeritus Frances Preston and BMI Nashville Vice President Paul Corbin are hosts of the invitation-only event, which is the oldest awards program recognizing country music creators.