Posted in MusicWorld on January 15, 2003 by Enrique Lopetegui 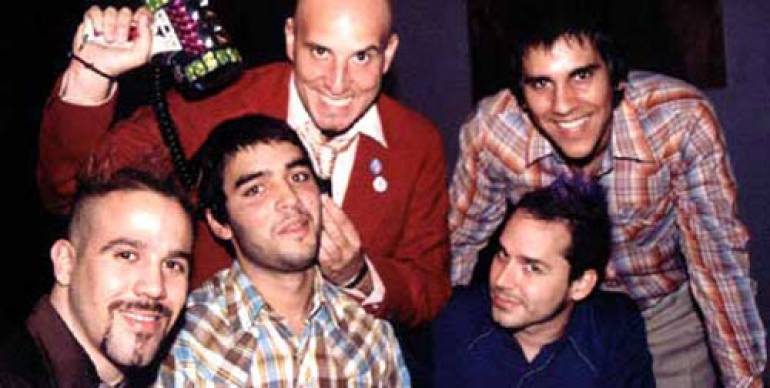 However, minutes before the show, some close to the band showed concern about the fact that there had been no sound-check. Singer José Luis “Fofé” Abreu looked at them with his trademark devilish smirk and said: “Don't worry about it. We're used to it. Just watch us.”

From the second he stepped on the stage, Abreu and his four cohorts left no doubt as to the reasons behind the two Latin Grammy nominations: tight musicianship, great songs and a lead singer that even on a bad night can out-sing the best of them.

“Little by little, things have been working just fine for the band,” said Abreu. “And it seems we're beginning to develop a legion of fans out here.” Some of those fans already knew Fofe, keyboardist Edgardo Santiago and drummer Jose David Perez from El Manjar de los Dioses, an important Puerto Rican fusion band that recorded two albums before Abreu decided to go beyond ethnicity.

“I wanted to do more than just being the novelty Latin-fusion band,” said Abreu, who completed his new concept with the addition of bassist Nico Cordero and ace guitarist Orlando Méndez. The debut was at an event-stopping showcase at the 2001 Latin Alternative Music Conference in New York. It was the beginning of a fan base that took them well-beyond San Juan and the Big Apple.

Indeed, the LA Circoheads -- most of them women who know all the songs by heart -- are the latest of triumphs for a band who enjoys virtually no airplay and whose strength lies solely in the power of its music -- and a little visual element.

“Okay, we like to use colorful ties and slacks,” says Abreu. “But that's just a little game. We're about the music, and that's the only reason we're going to be around for a long time.”