Posted in MusicWorld on January 14, 2003 by Martin Huxley 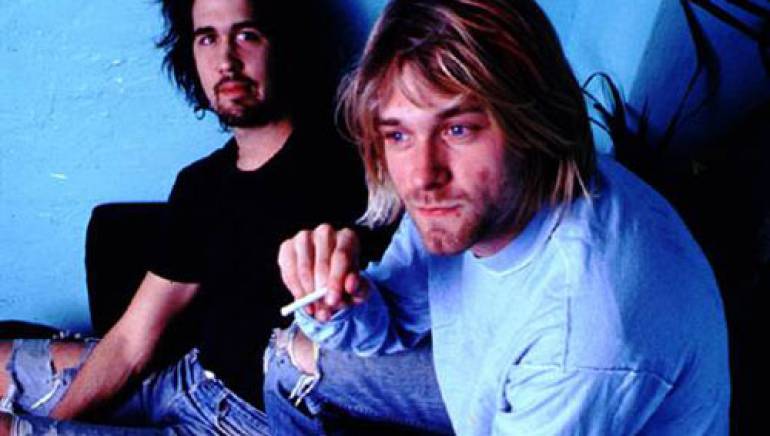 The success of the recently released Nirvana compilation, simply titled Nirvana, is merely the latest manifestation of the seminal trio's ongoing influence. Singer/songwriter/guitarist Kurt Cobain's suicide in 1994 simultaneously ended the group's existence and elevated Cobain and the band to mythical status. But, as the new disc demonstrates, Nirvana's posthumous mystique hasn't overshadowed the quality of the band's musical output

The new collection, which features the previously unreleased song "You Know You're Right," debuted in the Top Five in virtually every major territory around the world. The much-heralded "new" track has been warmly embraced by a public starved for new Nirvana material, topping Billboard's Album Rock and Modern Rock airplay charts for four weeks.

The compilation disc — whose release was delayed by a very public legal dispute between Cobain's widow Courtney Love and her husband's former bandmates, bassist Krist Novoselic and drummer Dave Grohl — also features such Nirvana standards as "Come As You Are," "Lithium," "About A Girl," "Sliver," "In Bloom," "Dumb," "Been A Son," "Heart-Shaped Box," "Pennyroyal Tea" and "Rape Me," along with the grunge anthem "Smells Like Teen Spirit" and live versions of Cobain's "All Apologies" and David Bowie's "The Man Who Sold the World."

During its seven-year existence, Nirvana emerged from the indie-label underground to achieve worldwide commercial success. In the process, the band permanently altered the face of contemporary popular music, playing a pivotal role in opening the mainstream music industry to the raw sound and do-it-yourself ethic of punk-derived indie rock.

The multi-platinum success of the band's second album and major-label debut, 1991's Nevermind, ushered in the idea of alternative rock as a mass-marketable genre. But the band's subsequent album releases, namely the 1992 odds-and-ends collection Incesticide and the full-fledged 1993 studio effort In Utero, made it clear that the band's musical potency, and Cobain's ability to channel dark, unsparing introspection into compellingly crafted songs, transcended any movement or scene that the band was perceived to represent.

Further evidence of Cobain and his band's ongoing influence is the fact that Journals, a new volume collecting some of the late artist's writings, debuted at number one on the New York Times' Hardcover Nonfiction best-seller list.

Grohl, who now leads Foo Fighters, resists the mythological aura that has sprung up around his former band. He recently told The New York Times that he has no intention of reading Journals. "The legend, the myth of the band — I'm not interested in it," Grohl stated. "People find this hard to believe, but my memories of Nirvana are really good. I think of the people, the road trips. I think of the white Chevy van that we used to tour in, that stunk of gasoline. I remember us having a really good time. Obviously, it did not end well, but my memories of Nirvana are just so much more powerful than any myth, and I won't let anything destroy that."