Posted in MusicWorld on November 13, 2002 by David Kronke 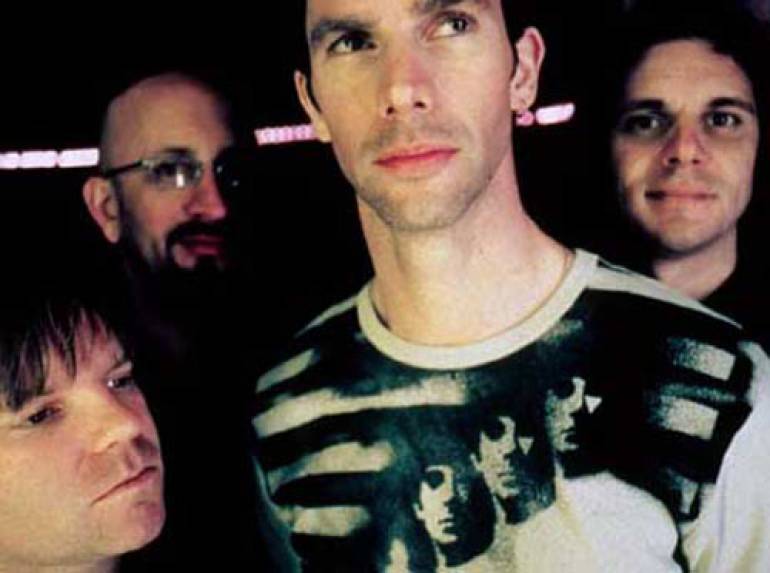 Scott Blasey, lead singer, guitarist and lead songwriter for the Pittsburgh-based band The Clarks, is at a roadside pay phone en route to his group's next gig in Toledo. As the interview winds down, it's suggested Blasey might want to return to his band's van. He laughs and says, "Not really."

One can sympathize. It's been one long van ride for The Clarks, who started out 15 years ago as a party band performing cover songs for drunk college students and have evolved into idolized local heroes in Pennsylvania, where the band routinely sells out concerts in 10,000-seat venues.

"When it's four guys for 15 years, sometimes, you're at each others' throats; it's not all good all the time," Blasey notes. "But we're like a family, we've been through births, deaths, marriages and divorces."

Another Happy Ending, the group's sixth studio recording, is receiving raves outside Pittsburgh, too. The Clarks trekked to Nashville to create it, far less prepared than when they usually step into the studio.

"In the past, we always had 15 to 30 songs already written," Blasey explains. "On this, we had one. It was the first time we did that, and allowed for more freedom and flexibility. It was more collaborative; it got everybody involved. There was a lot more immediacy."

In the '70s, The Clarks's guitar-driven rock would have been chart-topping stuff. That it isn't, Blasey says, is both frustrating and possibly a blessing in disguise.

"There are times I feel really frustrated . . . But every day, I'm thankful to do what I do. We make a decent living; we get to travel around. It's all gravy.

"Also, we don't have the superstar trappings. It's kept us hungry and together. If we had sold a lot of records, our attitude might be, 'There's nothing to prove with the band, so I'll go on my own.' We still have something to prove."