Posted in MusicWorld on November 13, 2002 by Martin Huxley 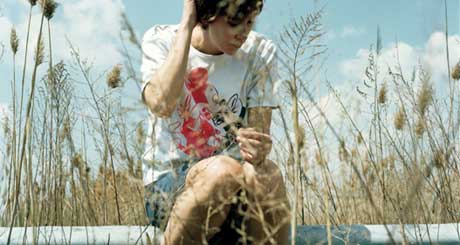 "This album was initially an experiment, one of embracing the excitement of making music rather than going into it with fear," Beth Orton says of her new album Daybreaker.

Orton's prior releases, Trailer Park and Central Reservation, featured an organic fusion of pastoral acoustic pop and trip-hop beats that's been embraced by folk fans and club kids alike. Daybreaker raises the emotional stakes with Orton's most emotional and evocative set of compositions to date, vividly evoking images of love, loss and yearning while maintaining a subtle sense of optimism that complements the songs' darker lyrical insights.

"One of my main inspirations is tying together emotion and landscape," Orton recently told VH-1. "I look at the sky a lot. I often sing looking at the sky. I like to sing high up, on rooftops. Sometimes, I just wonder what the hell's out there? When you're young, they always tell you God is up there, and there was a time when I didn't like him very much."

Daybreaker — whose title Orton describes as a "made-up word to describe the sun coming up, the start of a new day and the sound of a record playing as the dawn breaks" — features an impressive set of collaborators, including legendary country diva Emmylou Harris, roots-rock upstart Ryan Adams, ex-Smiths guitarist Johnny Marr, Everything But the Girl's Ben Watt and electronica pioneers the Chemical Brothers (with whom Orton had recorded prior to launching her solo career).

"I think this record is harder than the other two, in a way," the artist observes. "When I get sad on this record, I get properly sad, no in-betweens, no messing around... Life is really beautiful, incredible, but it's not always jolly or fun."