Posted in MusicWorld on September 11, 2002 by Paul Zollo 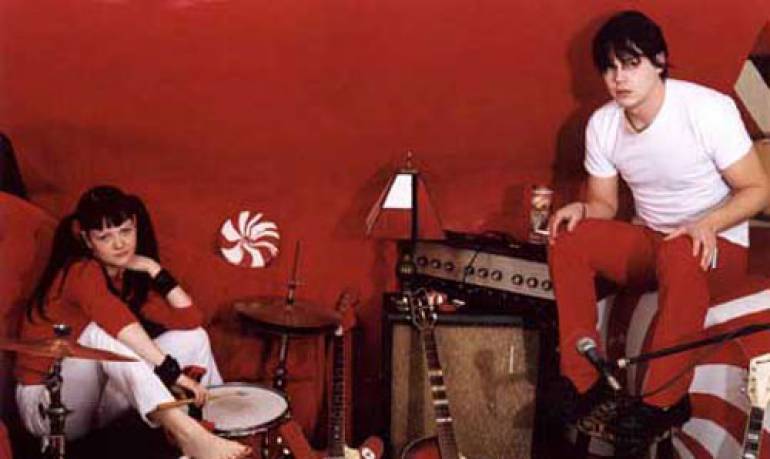 Playing a blissfully bass-free, back-to-basics rock, The Whites Stripes hail from Detroit. The duo consists of Jack and Meg White, who, despite presumptions to the contrary, are not man and wife but brother and sister, with Jack as lead vocalist/guitarist and Meg playing drums. Their self-titled debut album garnered much attention around the globe for its amalgam of visceral originals and irresistible covers. The duo, which presents a variety of styles ranging from country, folk and blues to Tin Pan Alley, attracted visual as well as audio attention by wearing minimal red & white costumes based on the colors of Meg's favorite candy, peppermint. They released two singles in 1997, including the smash Let's Shake Hands.

Jack started playing both drums and guitar years before Meg ever considered being a musician. He previously played guitar in the band Two Part Resin, which released one album, and, like The White Stripes, was a guitar/drum band. Though Meg had never drummed before, Jack invited her to try, and almost instantly the song Screwdriver was born, as were The White Stripes.

Jack wasn’t sure the Stripes would be his road to success, so he also joined another band, 2 Star Tabernacle. Opening a gig for Tabernacle, the Stripes were noticed by the band The Go, who invited Jack to join the group. He played on their first album, but when he began attracting more attention than either 2 Star Tabernacle or The Go, he quit both bands to focus on The White Stripes. The Stripes were introduced to the country on a national tour with indie bands Pavement and Sleater-Kinney in 1999, and their reputation spread quickly with the release of their second LP, De Stijl, in 2000. In 2001, they toured Japan and Australia before making their third album, the critically acclaimed White Blood Cells, featuring the hit single/video Fell in Love With a Girl.