BMI writers Susan Ladd-Smith Humphreys and Hubert Knight have collaborated on a song inspired by the events of September 11 and have pledged proceeds to several charities. 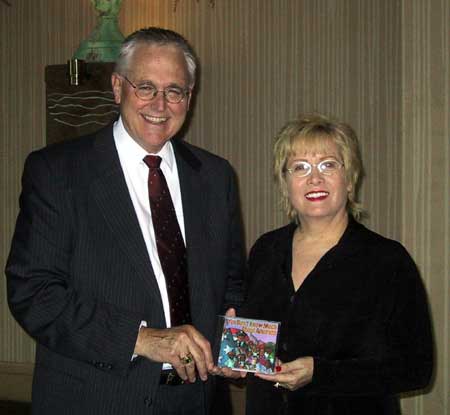 Two days after the terrorist attacks, Knight brought a melody to Humphreys, who, in an hour, completed the lyrics honoring "the great American spirit." The result was "You Don't Know Much About America," which the writers have dedicated to the "military, past, present and future." Royalties from the sale of "You Don't Know Much About America," available at Tower Records in Nashville, are earmarked for the Salvation Army, Families of 9/11 Fund, Firemen's/Policemen's Fund, the President's Afghanistan Children's Fund and a scholarship fund at the School of Audio Engineering in Nashville (where the song was recorded). According to the writers, "This song is presented on behalf of all people who stand strong and firm in their belief that good and justice ultimately will prevail."

A native of Bristol, Tennessee, Humphreys was a teenager when she made her recording debut with her cousin, Tennesseee Ernie Ford. The session for Ford's Capitol Records album "Hymns At Home," recorded in Bristol
at the Anderson Street Methodist Church, was documented in a Life magazine feature. Humphreys performed with jazz trios in Detroit and San Diego for several years before making the move to Nashville in 1976. Soon after, she began working for Buddy Killen and then joined Bill Anderson's stage show. A former staff writer with Tree Publishing, Humphreys publishes her music through her own company, Bristol Girl Music.

"You Don't Know Much About America" was arranged and produced by Humphreys and Knight and is co-published by Hubert Knight Music. The chorus of performers includes Allison Kerr, David Ponder, Randy Crawford, Stephanie Shell, Karen Akemon, Rick Baird, Michael Sykes, Nick Granato and the writers.